The Amazon Video Direct video streaming service is different to YouTube and offers publishers the chance to earn royalties from their content.

Amazon has announced the launch of its own video streaming service titles Amazon Video Direct, which attempts to promote quality creations by implementing a royalty’s model that pays users for their work.

Of course, YouTube is such an all-encompassing force in this area that comparisons are obvious, while it is hard to see how any company (even the size of Amazon) can muscle in on its turf and find success. There have been a few providers who have managed to carve their own relative success alongside Google’s juggernaut (Vimeo for example), and Amazon clearly hopes its Amazon Video Direct is different enough to offer something new. 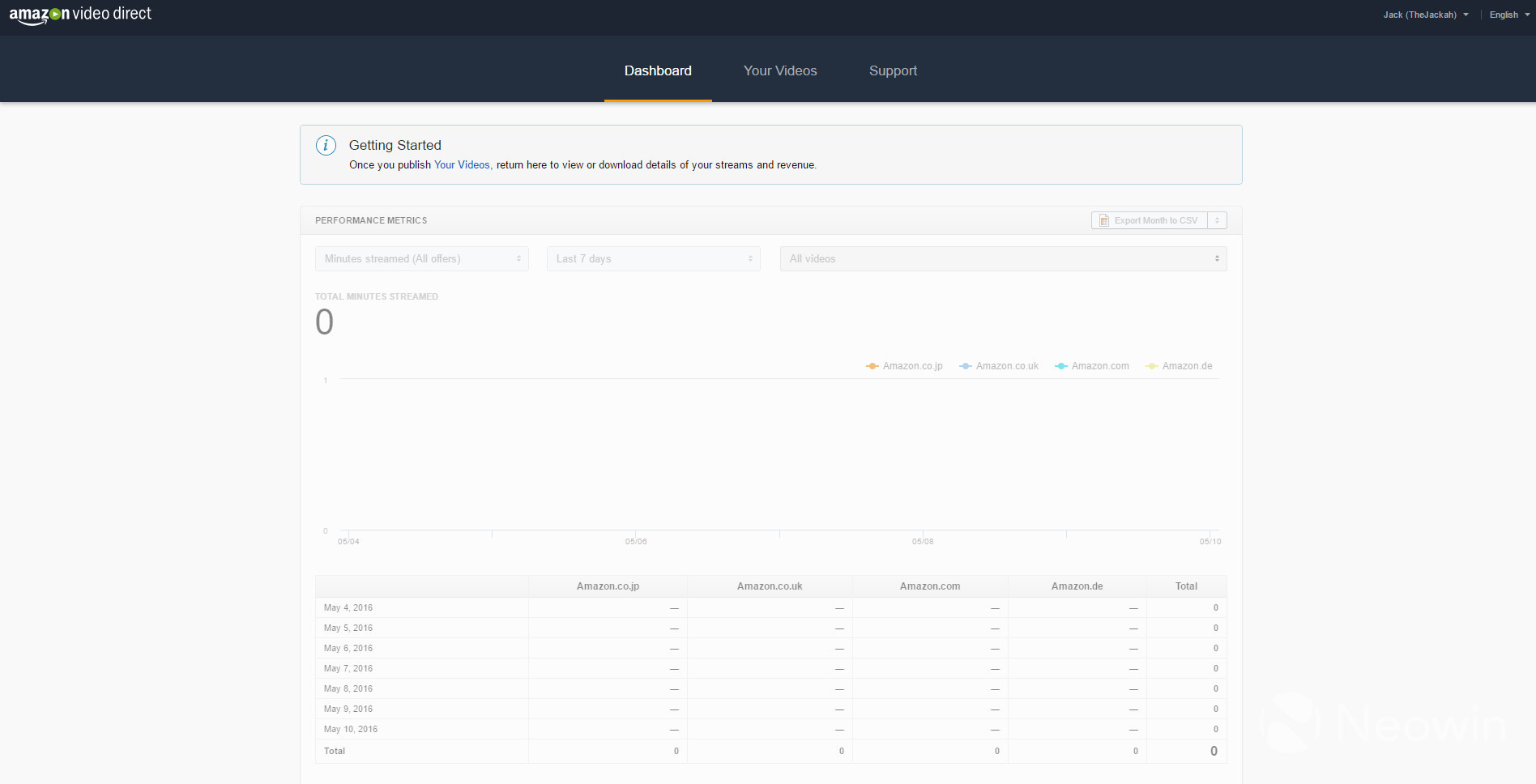 The fact Amazon is openly saying it wants users to make money from their videos suggests the company is planning to become a more focused streaming service that YouTube’s anything goes ethos. In terms of royalties, the company says it will share $1,000,000 each month between the top 100 videos, while give all creators ad impressions, direct selling, and allow Prime members to view videos.

Sure, the idea of setting up a mini business with Amazon may not seem like it is worth the hassle, but the company says Amazon Video Direct users need only put an address, phone number, a bank account, and a business/personal name.

So, it seems if you want to make money from a video and can produce quality content, Amazon Video Direct will likely be a good service. There are number of ways to earn royalties, such as using Amazon’s vast retail empire to sell and rent your video, earning 50% of the net revenue in the process.

Prime customers watching a video will also result in a video making money, with Amazon setting up a ratio based on per hour viewing:

Interested? Publishing to Amazon Video Direct is slightly different compared to YouTube, with uploaded videos going straight to Amazon Video. This is good because it means videos are viewable by millions of consumers as any other Amazon Video would be.

How to Delete Your YouTube Watch and Search History