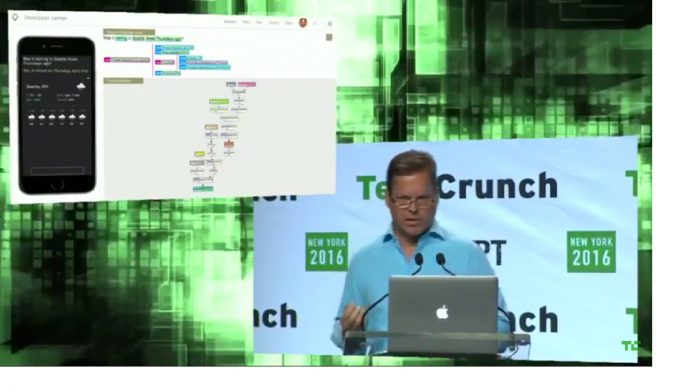 Viv is a new virtual assistant that was announced today in a demonstration that showed the Cortana competitor as able to stack queries, answer intricate questions, and provide an open platform for developers.

When we think of competitors to Microsoft’s virtual assistant Cortana, it is usually to Google Now and Apple’s Siri that we look. However, a new Cortana competitor announced itself today, and it comes with plenty of pedigree in the virtual reality space.

Viv is a new automated assistant that has been developed by Dag Kittlaus, who is best known for being the major contributor in the creation of Apple’s Siri. So, he knows a thing or two about this technology then, and as one of the founders of the current virtual assistant technology, Kittlaus believes his Viv assistant can take the industry to the next level.

Speaking at TechCrunch Disrupt NY, Kittlaus announced Viv in a presentation that was designed to show the assistant as something more than Siri, Google Now, and indeed Cortana. When the word “Paradigm” is used liberally through an announcement, it is clear that creators think their service is capable of providing seismic changes.

And so it is with Viv, a virtual assistant that Kittlaus says “breathe life into the inanimate objects of our life through conversation.”

As we have seen with Microsoft’s Cortana and its rivals, becoming the de fact best of the bunch usually means your assistant can perform more tasks, interact with more accuracy, and work without issues. So, on stage at Disrupt, Kittlaus set out to show that Viv was a new dynamic in bringing even more assistance to the virtual assistant market.

Viv’s accuracy and ability to assist on a deep level was perhaps evidenced best in a simple weather search. Hardly a revelatory query, all good VA’s can get the weather in broadly or to a specific location, but Kittlaus used Viv to ask find increasingly bizarre and fine-tuned answers, something the assistant was able to do.

The reason, at least partly, for this ability to answer detailed questions comes from Viv’s ability to stack queries and remember previous answers. The result is a flow that is almost like a conversation, or at least feels more organic as a train of queries all related to each other.

During the presentation, Viv was portrayed as an open service that can integrate with third parties like no other VA before it, not even the cross platform Cortana and Google Now.

“Instead of having to write every code instructed, you’re really just describing what you want it to do,” said Kittlaus in an onstage interview with TechCrunch. “The whole idea of Viv is that developers can go in and build any experience that they want.”

Viv is apparently being monitored by Google and Facebook as a potential acquisition, something Kittlaus would not be drawn on in depth. Of course, comparisons to Siri are inevitable, but also Microsoft’s Cortana has another competitor.