A study conducted by Microsoft Research has shown that productivity in the workplace drops the more time per day a user spends on email, although “batching” is not the answer to increasing productivity or lowering stress.

Over 12 days, researchers monitored emails of 40 workers in the information sector, conducting surveys and studying productivity in their “in situ” workplace. The research found that workers who use notifications to check every email produced less in the workplace, while those who practice email batching did not show a significant increase in productivity either. 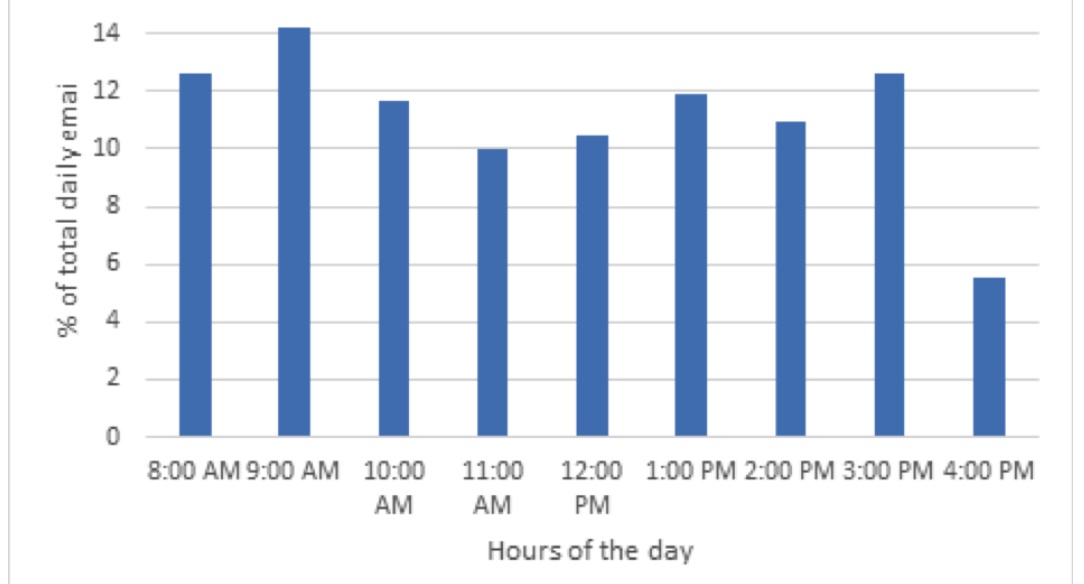 Interruption habits were revealed to be the most potent in lowering worker stress and heightening productivity amongst those tested, provided the duration time was long. This practice means users will check their emails sporadically and without notification, but will not save all emails up into one “batch” to read together at a later time. Reading emails from notifications resulted in workers spending more time on email clients (image above) and producing less work, while also heitening stress.

Numerous internet self-help articles will describe batching as the answer to finding that extra gear in the workplace and increasing productivity. Batching emails is essentially storing all emails unread until a predefined time, when they will be read at once. The study found there was a small productivity increase from batching compared to notifications (but less than interruption techniques), but there was no correlation between batching and the lowering of stress.

“Studies on email management practices in the workplace have shown that the time employees spend in managing email comprises a significant portion of their daily activity … People who primarily check email through self-interruptions report higher productivity with longer email duration compared to those who rely on notifications.”

Leading the study were Shamsi T. Iqbal, Paul Johns, and Mary Czerwinski from Microsoft Research, Gloria Mark from the Department of Informatics, and Akane Sano from MIT’s Media Lab. The team aimed to get a more detailed result than previous studies and decided to monitor workers email activity constantly as they went about normal business.

The paper points out that email in the workplace is of course unavoidable, it has become an essential part of businesses from the smallest online operations to the largest global corporations. The results found that the 40 workers tested spent on average 90 minutes per day on email providers, checking their emails 77 times per day.

34 of the test subjects used notifications to know when to check emails, with 30.8% of participants saying they checked their emails when they received the notification. It was found that the longer duration between checking emails, productivity increased, with the highest productivity found among those who check emails on their own sporadically without notifications.

However, there was no significant difference between batching emails (image below) compared to receiving notifications. Instead, the study found that it is those who check emails of their own accord (without notifications) sporadically that show less stress, are more productive, and get more done. 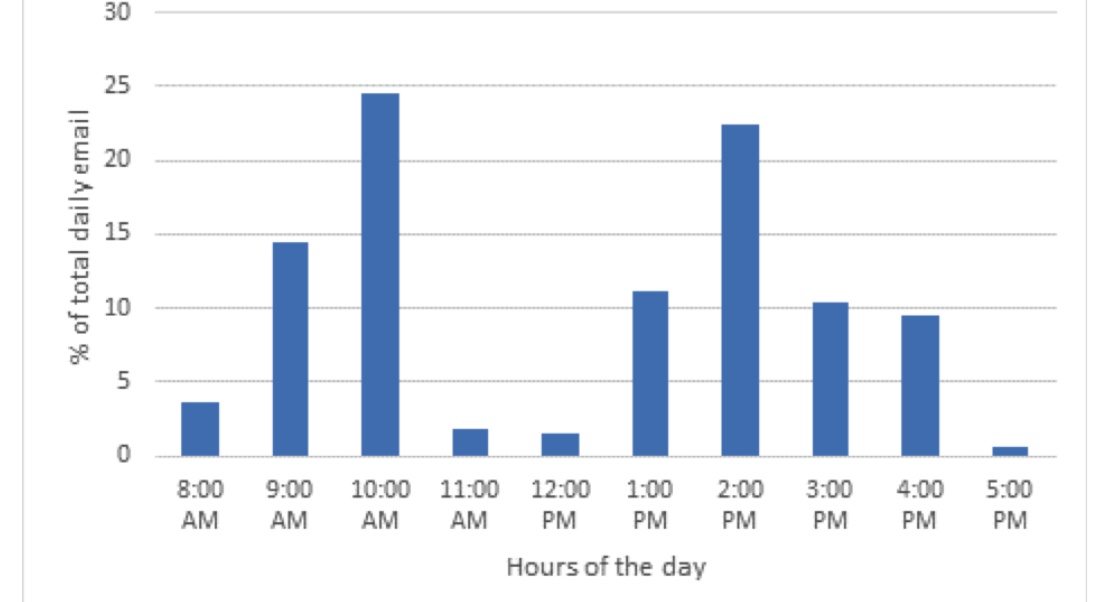 To monitor stress, participants wore heart rate monitors to keep track of HRV readings, with the lower HRV reading resulting in a higher stress level. It was found that the more time a worker spends on email per hour, the more stressed they are, with a coefficient reading. Batching was not found to relieve stress, but some duration was found to improve cognitive strength, although interruption techniques also did not provide definitive results for lowering stress.

The study clearly shows that reading emails based on notifications (duration) raises stress and lowers productivity, while batching can have some effect on productivity, but little on stress. Interruption methods of checking email sporadically appear to produce the best results for workers, making them less stressed and more productive.

Microsoft Research points out that there are some limitations in the study, chief among them being the small test sample size. 40 participants were used and they were all from the same workplace, so the company says that generalizing across all workplaces and job types should be avoided.

Microsoft’s One Outlook Launches in Preview for Office Insiders