The company’s various Windows 10 platforms are receiving new Facebook and Instagram apps, but these applications are not Universal Windows Platform builds.

Several Windows 10 form factors will be getting updated versions of Facebook Messenger and Instagram, with the new versions landing today (April 28).

These are not Universal Windows Platform (UWP) apps at this stage, so there are different upgrades depending on mobile or desktop.

We expect Facebook to roll out a UWP app when the project is in full gear, and there have already been hints of a UWP Instagram application.

Windows PC users can grab Facebook Messenger starting today, offering such features as Live Tile support and desktop notifications. Mobile users will have to wait a bit longer, although Messenger is “coming soon” to Windows 10 Mobile. 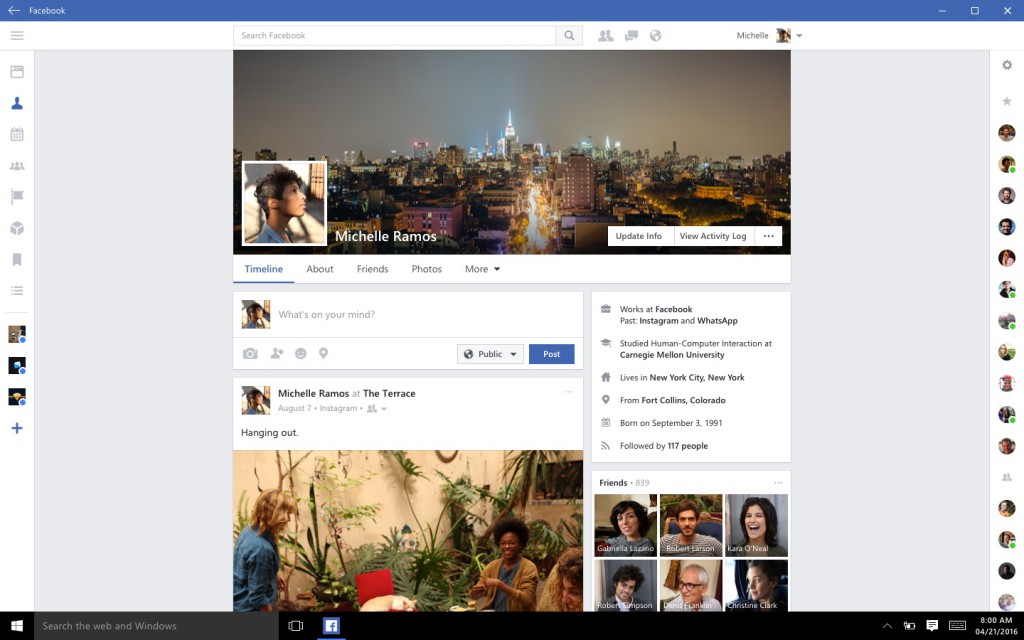 As for the updates coming landing today, on is a new version of the Official Facebook application on Windows 10 PCs and tablets.

More than an update, this seems to be a replacement app that will take the place of the current Windows desktop version of the app. Windows 10 Mobile is not getting this at the moment, although Microsoft said that those running the mobile platform will be getting the official Facebook app “soon”.

“Designed to run quickly and easily within Windows 10 and have the most up-to-date features, Facebook built Windows-only experiences into all three of these apps such as Live Tiles, which lets you quickly see new posts, messages and photos right from your home screen.”

The existing Instagram application is also getting a replacement in the form of a new Instagram app that is arriving on Windows 10 Mobile in beta form today.

As we mentioned, these are not Universal Windows Platform apps, but Facebook has apparently built these applications with its cross-platform coding technology. This means when the time is right the company will be able to develop the apps for other Windows for factors.