The latest preview of the UWP Skype app is receiving a number of new features and a redesigned interface for users to test.

The Skype team headed to its official blog and announced a new update for the Skype Universal Windows Platform Preview app on Windows 10.

Users running the latest Windows 10 builds on the Windows Insider Program will be able to grab the update and get some cool new features.

Chief among them is support for Group Video, Group Chat, and Audio Calls, while Microsoft has also cooked up a new cleaner UI for the app. 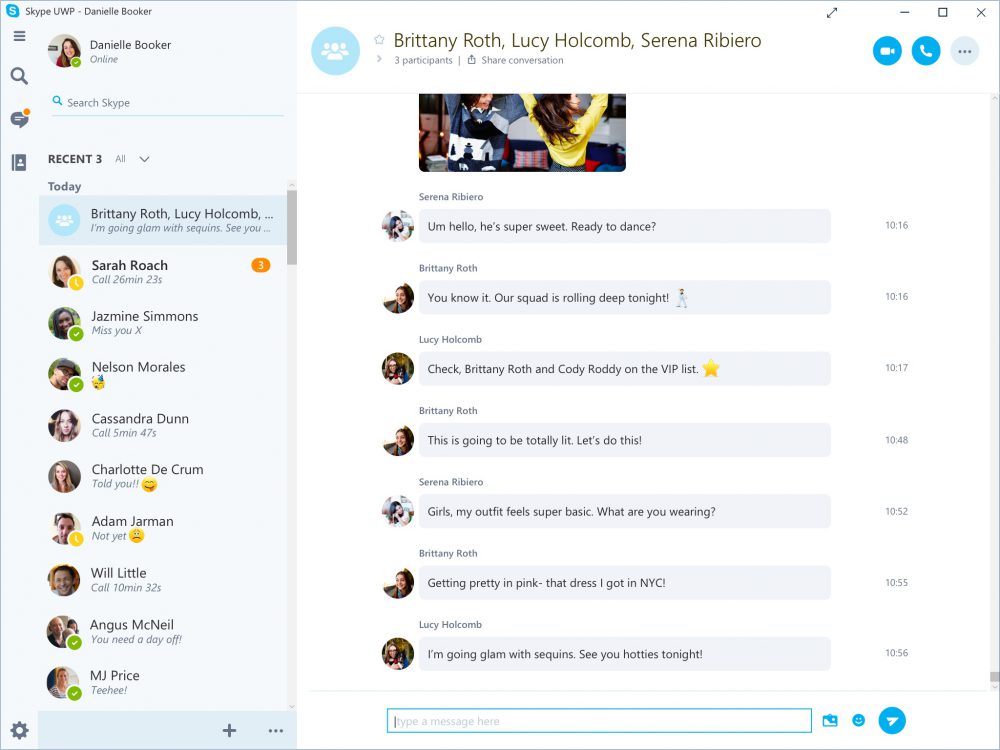 The new Insider update also introduces the ability to mark a person or group as a favorites, allowing them to appear on the homepage for easy access. As video and chat service is now (on the Inside at least) a UWP app, we are expecting it to roll out beyond Windows 10 and arrive on Windows 10 Mobile and even the Xbox One soon.

The company confirmed that the application will be arriving on mobile devices soon:

“What’s next? Soon, we’ll be releasing the UWP Preview app to your mobile devices. You may also have noticed that we removed the Skype integration in the Messaging app on Windows 10 Mobile to streamline and simplify your experience.

The mobile release of the Skype UWP Preview app will bring you features you’ve asked for—like group calling and more—while leveraging the benefits of the Skype integration into Windows 10 you previously experienced, like a single view of your SMS and Skype conversations. This way you get the best Skype experience possible and you can take it across your Windows devices.

Keep an eye out for the mobile version of the Skype UWP Preview app. In the meantime, you can use the existing Skype for Windows Phone app available in the Windows Store.”

Windows Insiders running the latest Windows 10 Insider Preview builds on your PC, check out the Windows Store and check for updates to get the latest UWP Preview update.