Thanks to a new trick using Bash support, users can now run GUI applications ported through Linux onto the Windows 10 platform.

At Build 2016 two weeks ago, Microsoft discussed the introduction of Bash support, the UNIX shell command language that can be used for any Linux-based operating system.

The announcement was something of a surprise, albeit a welcome one. The support of Bash now means that run Linux GUI apps on Windows 10.

Bask support on Windows 10 means that users can now run Linux based apps on Microsoft’s platform, using command line mode to do so.

This even works for modern applications (GUI), which will now work on top of Windows 10 from the Linux platform. 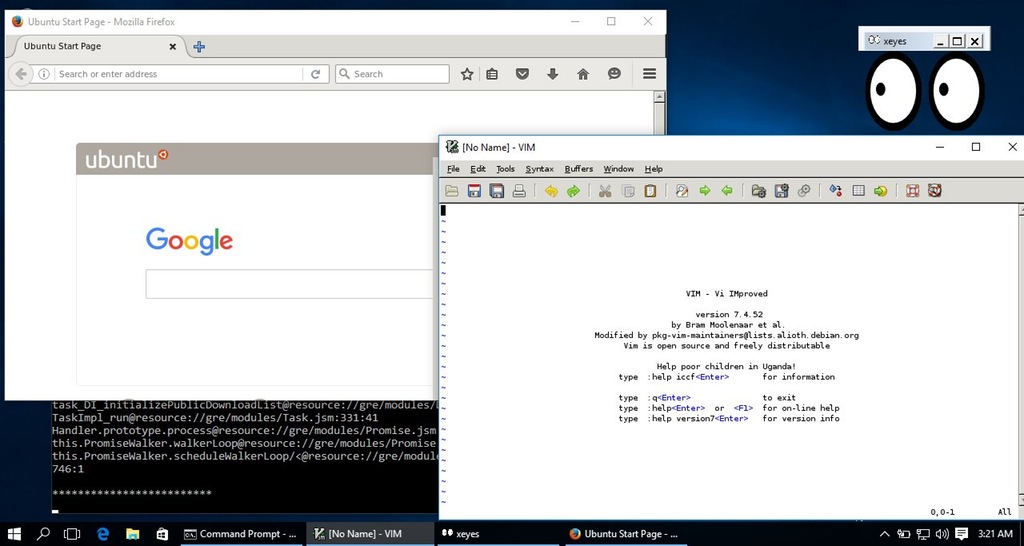 WindowsClan is reporting that a new tool that makes Linux GUI apps functional on Windows 10, according to a developer who explained the process on Reddit. User “w2q2” said that first an app called Xmig X Server need to be downloaded to Windows 10 preview build 14316, which is currently available to those on the Insider program.

To get the GUI trick to work, users must run this command: DISPLAY=:0 firefox

At this point it seems as though the modern GUI application will not run quite as smoothly as you would expect if it was running directly through either Windows or Linux. “Obviously it’s going to be slower than a native Windows/Linux application but probably better than VNC/X11 forwarding,” the developer nots show.

Microsoft DirectStorage Lands on Windows and the Results Are Confusing