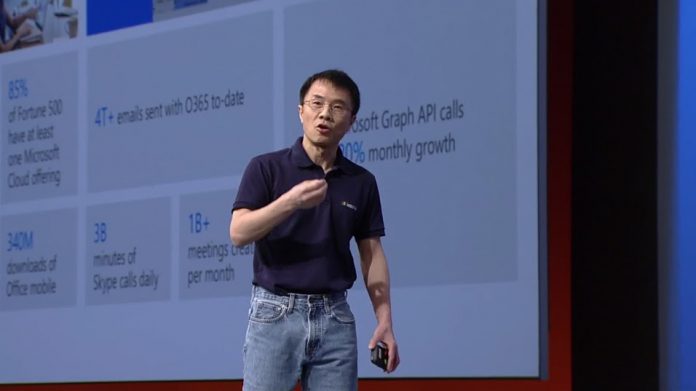 While Microsoft’s strength may be under question in a mobile dominated market, the company used its Build 2016 conference to flex its muscles and show that it is still a major contender in the tech space as a while.

Indeed, some of the numbers the company has reeled off show that away from mobile Microsoft continues to thrive and is a leader in productivity, enterprise, and cloud services.

On Day 2 of the conference, the company got into the details of Office and said that the productivity suite has 1.2 billion users, and on average they spend between 3 and 4 hours per day using the service.

While the declining PC market remains the chief domain of the Office user, the suite has found a welcome home on mobile, including on rival platforms.

Microsoft’s new outlook is to spread its services to as many platforms as possible, and few have been as successful as Office Mobile, which has been downloaded 340 million times on iOS and Android.

Each month the cloud focused Office 365 service sees 50,000 new small companies sign up for the subscription based suite. The news came on a busy day of cloud talk at Build 2016, where Microsoft also confirmed that 85% of Fortune 500 companies are using its Azure cloud platform.

Office 365 is a major part of Microsoft’s shift to a cloud first company, a position Redmond has been taking through CEO Satya Nadella’s tenure in charge. As Build has shown today, and the numbers back it up, it is a strategy that is working and is certainly paying off more than the mobile market has for the company.