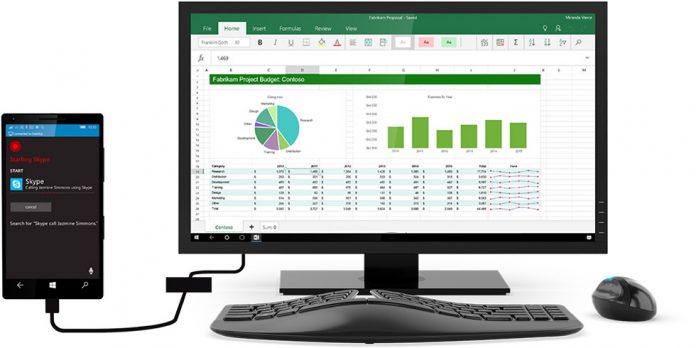 A new update baked into Windows 10 Redstone could see Microsoft debut a Continuum feature that would let user’s complete started tasks on a different device.

Microsoft is kicking off Build this week with a focus very much on the cloud, but the company will also shed some light on all of its plans for the coming year.

One area the company would be wise to focus on is Continuum, the feature that allows smartphones to be turned into full portable PCs, or a Windows PC into a tablet.

It is an excellent concept that should be expanded considerably at Build 2016 with some new features. Chief among the new ideas could be a feature that lets the user pick up where they left off.

That’s according to WinBeta, which says it has the inside track to some sources who say the feature will work a lot like Apple’s Handoff.

It is the kind of feature that would mean that you never have to leave something and could even pick up something you had left on another machine. Think of it like this, you may be doing an invoice on a Word or Excel document on your PC, leave it, and then complete it later through Continuum on your smartphone or tablet.

Alternatively, something you started on your mobile device could be completed on a PC later on. It seems that Microsoft is not just focusing on Office applications and will make the “pick up where you left off” feature useable on other areas such as maps and other apps (games maybe).

Microsoft has long talked about more integration on the Windows 10 platform and in some ways this new Continuum feature would resemble the work the company has been doing on the Universal Windows Platform concept. It is becoming increasingly clear that the company is working to a complete ecosystem that can be used through all of its guises, HoloLens, Windows Mobile, Windows PC, and Xbox.