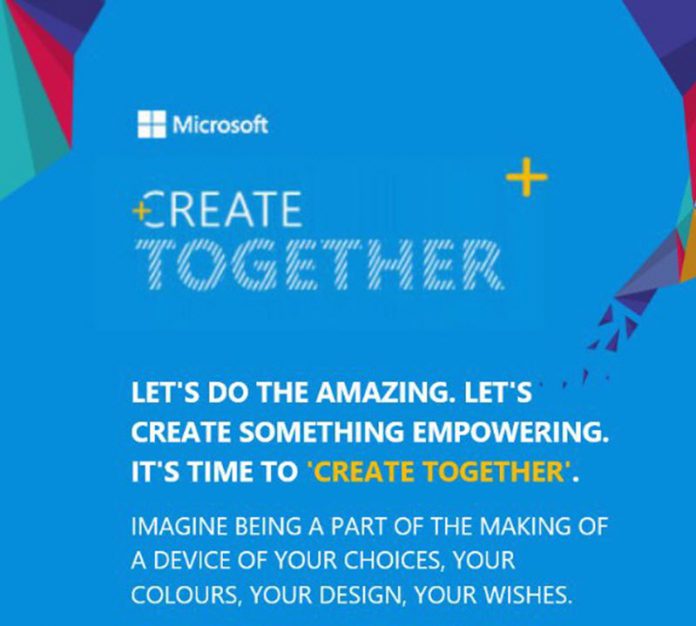 In a new program Microsoft is teasing Windows Insiders to customize hardware components along with Microsoft partners.

A tweet by user @AdityaGhode has revealed Microsoft´s latest initiative to connect with its consumers. Their new program “Create Together” encourages Insiders to create their own design ideas and color choices for hardware.

Microsoft entices Windows Insiders to join this program with motivating statements, saying  “Let’s do the amazing. Let’s create something empowering. It’s time to ‘Create Together.’”

The program lets Insiders envision their ideas with hardware components and collaborating on it with a Microsoft partner for it to put to action. Simply put, Insiders will do the thinking, Microsoft will do the working.

The “Create Together” process 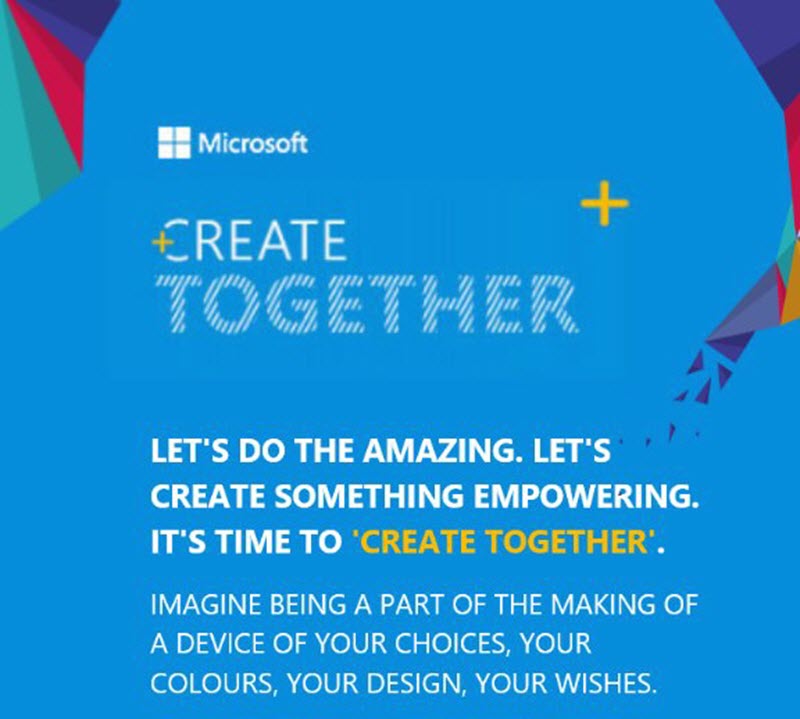 Only selected Windows Insiders have been sent with an email that contains the details of the program.
Microsoft´s Gabe Aul had indicated earlier this month Microsoft might expand the Windows Insider program to Lumia smartphones. However, as of now we don´t know more than what has been shared with the email teaser.  More information and how many Insiders are offered to join haven’t been revealed yet.

The Windows Insider Program allows users to test preview releases and new developer features of Microsoft Windows. Insiders are the first hand users of new ideas and provide feedback to support Microsoft until the public release. So far, only Windows 10 users can join the Windows Insider program.