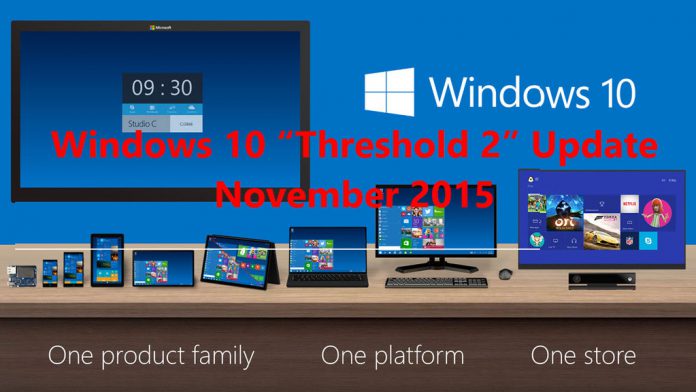 According to a trusted source, “Threshold 2”, a major update for Windows 10 will be rolling out on November 2nd. Microsoft has been working on Threshold 2 for months now, and is expected to bring a bunch of upgrades that were originally listed for RTM in July.

The name Threshold 2 is the internal code for the upcoming update. Officially, it will be labelled as “Windows 10 Fall Update” with version number “1511” indicating towards its launch date, November 2015.

The update will not require installation of any build or updates, and will be installed directly just like normal Windows updates. Once the fall update is available, those making the jump from previous versions of Windows will get forgo the RTM version.

Along with this, the new update brings improved customization options like the ability to enable an extra column on Start and enable color-title bars.

Windows 10 activation settings will remain unaffected while installing the Fall Update, but several improvements will come aboard including updates in Microsoft Edge and Cortana, revamped Skype experience and an improved “Media Creation Tool”.

Although the new update will not bring extension support for Edge, it will bring changes in basic activation settings, allowing users to activate the operating system using Windows 7, 8, and 8.1 product keys.