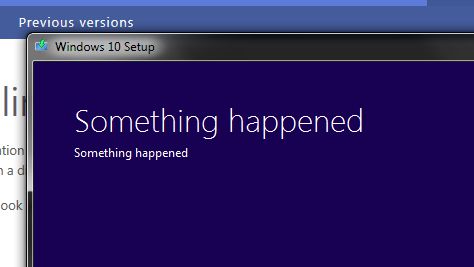 #Windows10 is here and everybody is happy? Well, let´s say mostly! But you shoul definitely check out these great jokes on Twitter about the release of Windows 10. Enjoy and Retweet!

The list will get updated during theses days as more tweets are coming in. If you have seen something funny we should add – drop us a comment!

Hey #WindowsInsiders, thank you for all of the #Windows10 feedback! Get more #NinjaCat here: http://t.co/pJ8yKNT5Ob pic.twitter.com/E1KWezKRFl

#Windows10 is here and #SteveBallmer is counting his money.. pic.twitter.com/TbGSdVQkmY

It's funny how @Microsoft claims that @Windows 10 would be the last ever version of Windows. I bet good money that there will be more.

Hey @tim_cook when are you upgrading your iMacs (running Windows) to Windows 10? Still a toaster and a refrigerator? https://t.co/6bas6sA3bo

Arnold Schwarzenegger was asked if he wanted to upgrade to #Windows10

Now downloading Windows 10 from the website. My heart's a bit broken that it wasn't automatic.

OMG, A Bill Gates hologram is now standing in my office, saying, "Have you been good?"