What´s going on with Hololens? Since last fall we see an increasing flow of leaks and updates about Windows 10 and Windows 10 for Phones. Not so with Hololens, amidst the fact that Microsoft Holographics / Hololens might become one of Microsoft´s hottest products for the years to come.

So if you are new to the topic, or if want to know more about the state of things, here is a little summary of what´s going on with Hololens.

Microsoft unveiled Hololens for the first time on January 21st when they gave a detailed update about the future of Windows 10. You can watch their full presentation here or check out the official blog post by Terry Myerson, Microsoft’s Executive Vice President of Operating. As Hololens was just part of it, we give you the whole presentation of Alex Kipman, the Hololens Live Demo and the three official Hololens Trailers they showed at the event.

From Kinect to Hololens: Alex Kipman

Alex Kipman is the mastermind behind Hololens. Microsoft can just be happy about this guy who brought the Kinect sensor to the Xbox in 2009. If you want to know more about Alex Kipman, check out these two articles at Business Insider and Upstart. Coming from Brazil, Kipman is pushing the company deeply into the field of Augmented reality.

Microsoft seems to bet heavily on Kipman´s visions after he has brought the company loads of cash in times of doubt, not to say crisis. While Smartphones and Tablets took off in 2011, Steve Ballmer´s Microsoft was still working on Windows 8 and we all know the results: Windows Boss Steve Sinofsky and CEO Ballmer left the company with many other high-level executives. It was a painstaking failure, maybe even worse than Windows Vista.

But during these messy time,s Kipman´s Kinect really blasted the whole entertainment industry with millons of units sold, resulting in the title of the “fastest-selling consumer electronics device on record” according to Guinness World Records.

Because of his great success on Kinect, in 2012 Kipman got awarded for his Outstanding Technical Leadership by Microsoft. And while Ballmer and the Windows unit got in deep trouble with Windows 8, research on Holographics and augmented reality was intensified. In fact, Microsoft is investing so deeply in this technology that it outshines Google´s investment in Google Glass by far. 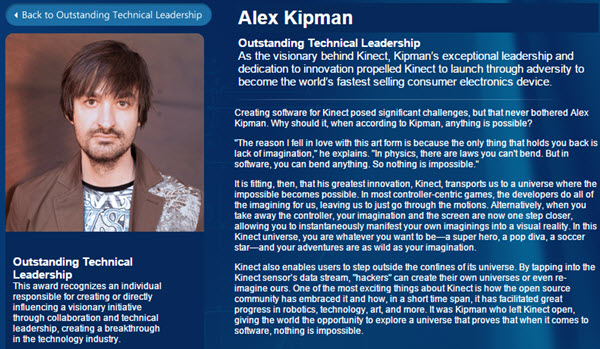 Microsoft is working on Hololens Games since a long time

As the amazing Minecraft teaser suggests, Microsoft is already working hard on game-titles for Hololens. We might not see a Hololens-Minecraft anytime soon, as the takeover happened just six months ago. But Microsoft is working on games and productivity apps for Hololens since 2012. 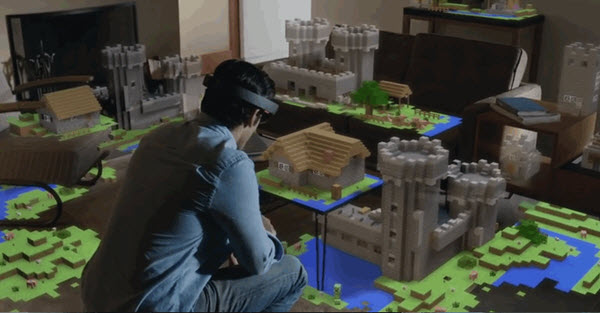 Ian Vogel, once a Design Lead for Age of Empires Online and experienced with AAA games, worked on various HoloLens titles, from games to productivity until 2013. Interestingly he then became Studio Head at Amazon Game Studios. 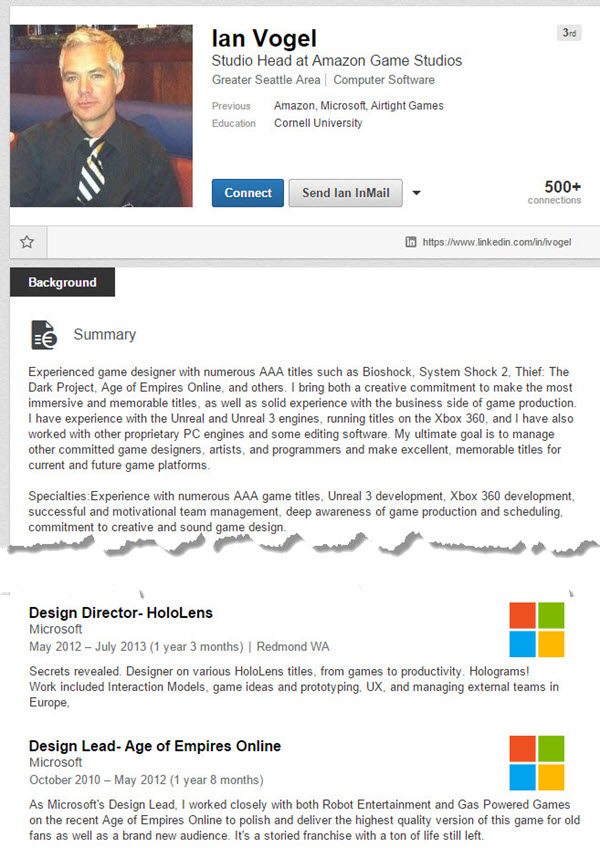 With some recent strategic moves Microsoft wants to ensure the future of games on its Xbox and HoloLens platforms. John Needham has left his position as the head of Fable developer Lionhead Studios to oversee the development of Microsoft’s games for Xbox and HoloLens

“There are amazing early stage platforms and apps, but VR/AR in 2015 feels a bit like the smartphone market before the iPhone. We’re waiting for someone to say ‘One more thing …’ in a way that has everyone thinking ‘so that’s where the market’s going.”

Although we don´t know any financial figures, the number of people involved on the Hololens project say a lot. According to Linkedin, around 529 employees are currently working on Hololens. 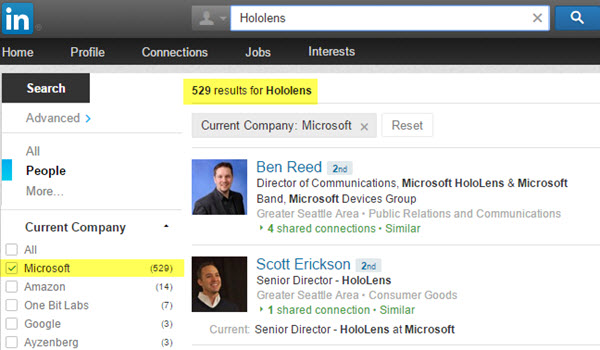 The figure for Google Glass is substantially lower with about 476 persons. The product is around since 2013 already, many of the listed collaborators are just Google Glass explorers beta-testing the product. 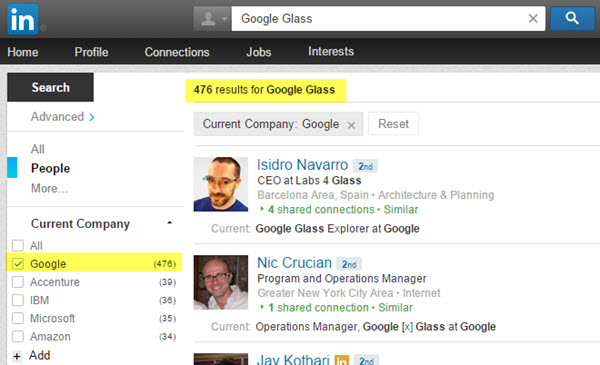 And this is by no way the end of Microsoft´s long-term investment. The official career page shows 125 open positions related to Hololens, so this seems just to be the beginning of something really big. 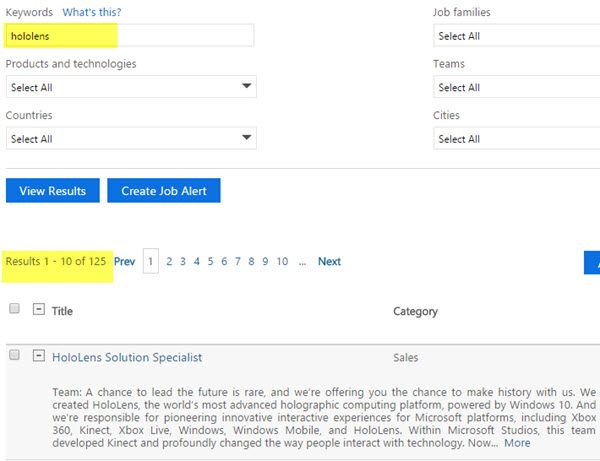 The collaboration with NASA´s JPL unit is another impressive partnership bringing in scientists. As the short statements in the related trailers indicates, they want to use Hololens already in July 2015. This might give Microsoft´s marketing an impressive boost.

Like in the case of Kinect, Hololens will surelybe an amazing gaming device. But already with the Xbox sensor Microsoft has shown its hope to get involved with industry and scientists. Surgeons are already relying on the Kinect to keep their hands free at their workplace.

Hololens at BUILD 2015: Bringing the developers in

We are just days away from Microsofts annual developer conference. BUILD 2015 is scheduled for April 28th – May 1st and while there is no agenda available yet, we can expect Microsoft to release important stuff not only about Windows 10, but also about Windows Holographics and Hololens.

We might see the release of an SDK and if we are lucky Microsoft initiates a beta tester program for VIP developers like Google did with Glass where we can get our hands on that device. The big gaming studios are surely just waiting to jump on the train. So stay tuned and bookmark our news-section for Hololens where all the news will come in the next weeks. 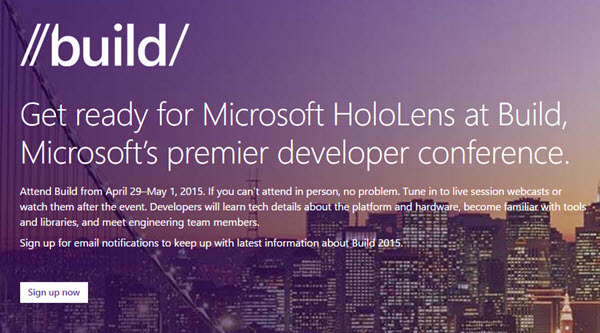 How to Change the Language on Netflix