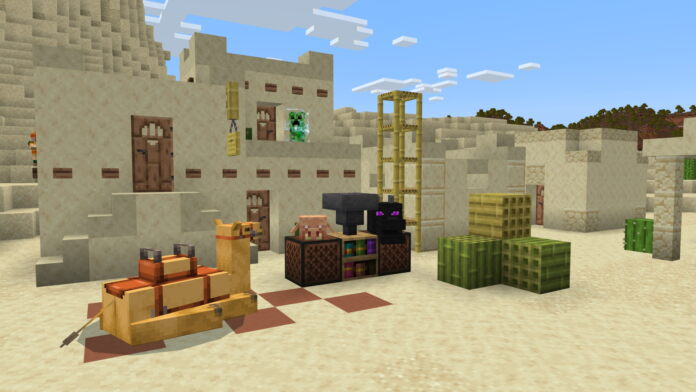 Back at Minecraft Live 2022 last month, Mojang announced its plans for Minecraft Version 1.20. Well, in the latest Wednesday Minecraft Preview build this week, the Microsoft-owned developer is rolling out experimental features for Version 1.20.

Mojang says that Minecraft 1.20 will come to users in 2023. If you are unfamiliar with this update, it is the stock version that will reach all normal Minecraft players. The developer says the release will focus on more creativity and player expression. Specifically, Mojang wants to give players even more freedom to play how they want.

The latest Minecraft Preview release brings the first glimpse of some of the features coming in Version 1.20. While players can now test these new additions, they are experimental. This update is currently available only on PC, Xbox, and Android. That means it is not available on Nintendo Switch, PlayStation, nor iOS.

Mojang is making the usual bug fixes and general improvements, but it is the new Version 1.20 features that everybody wants. So, let’s take a look at what is available in Minecraft Preview 1.19.60.20:

Tip of the day: Whether it’s for a presentation, song, or YouTube video, at some point in your life you’ll need to record audio from your computer. Windows 11 has multiple options to record sound due to its litany of apps. In our tutorial, we show you how to record audio using the built-in Windows 10 Voice Recorder and the freeware audio editor Audacity.

Microsoft To Make Concessions to Get Activision Blizzard Acquisition Approval