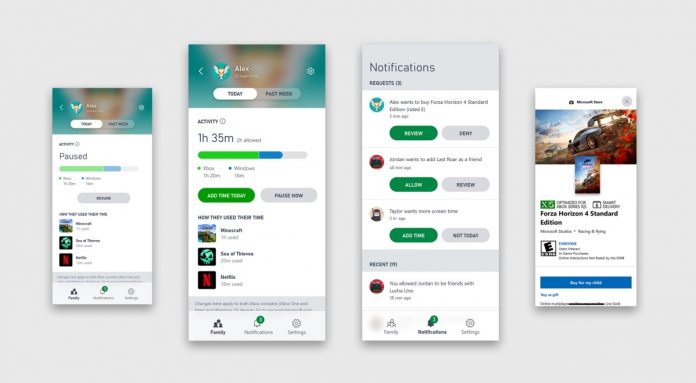 Children and teens have so many options for entertainment that it’s becoming increasingly difficult for parents to get their kids to focus on tasks, such as homework. Microsoft’s new Xbox Series X and Xbox Series S consoles, as well as the existing contribute to that haze of digital “things to do”.

Microsoft wants to help parents wrestle back control of when their child needs to focus on school and when they can game. The company is releasing new purchasing controls and screen time options for its Xbox UI.

The idea is parents will have more options for managing when their kids can play games. Xbox consoles already allow parents to set the amount of time a kid can play. With new tools, they can now also use the Pause Screen Time feature. As the name suggests, this puts a temporary block on an Xbox account.

In other words, a child’s account will be locked, and they won’t be able to play. Parents have full control, so they can remove the pause at any time from a smartphone app. If the block is not manually reset, Xbox consoles will automatically remove the pause at the end of a day.

Parents receive a notification is someone (those pesky kids) tries to play on a currently paused account.

In terms of purchases from the Microsoft Store, the company is adding more controls. Specifically, the “Ask to Buy” feature is now turned on by default in the Xbox Family Settings app. This choice was previously limited to control via a console or PC. It means any purchase from the Xbox Marketplace needs approval before it can go ahead.

It is worth noting gift card purchases and buys from an existing balance are not part of the Ask to Buy feature.

If your system drive is constantly full and you need to free some space, you might want to try Windows 10 Disk Cleanup in extended mode. Our tutorial also shows you how to create a desktop shortcut to run this advanced method right from the desktop.