Microsoft To Do is a task manager application that is available across platforms. Over the last couple of years, the tool has become increasingly powerful as Microsoft has folded features from the deprecated Wunderlist into the new service. Now, Microsoft To Do is about to get even more useful.

At least to developers because Microsoft has announced Microsoft To Do Graph APIs. By leveraging APIs, developers can bake To Do into their applications. Specifically, create apps that connect directly into the task management application.

With Microsoft To Do Graph APIs, developers can create workflows from their applications to the To Do app. Furthermore, they can sync application tasks to To Do for a single view. The services also function in business applications.

Currently there are three APIs available. With todoTaskList, developers can create tasks in apps, with todoTask they can represent an individual piece, and with linkedResource syncs any item from a linked application: 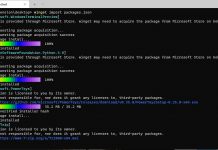