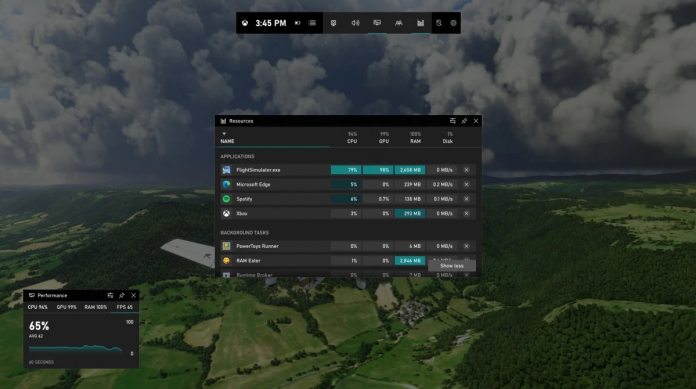 Microsoft has sent out a major update for the Xbox Game Bar in Windows 10, which is now available in the Microsoft Store. The major development here is the Resources widget, that brings basic task management tools to the game bar.

There are also some other new tools coming to the bar, making it much more useful. Functionality is a big part of Microsoft’s push with the Xbox Game Bar. This year, the company debuted a widget store for the tool, allowing developers to create new features.

Since then, the Game Bar has become more functional in a major way. With the new Resources widget, that functionality has been given another boost. We have previously touched on this tool when it became available in preview and then when it was near release.

Gamers playing on full screen would need to minimize the game to open the task manager if their resources dipped. Now they can CTRL+SHIFT+ESC to bring the manager up on the game screen.

Users can see resource information across GPU, CPU, RAM, and Disk. The widget leverages a simple traffic light system that shows how much resources programs are using: red showing a large impact and green minimal impact. If a program is hogging system resources, it can be closed directly in the widget.

Resources is bundled into a new update that also adds the following abilities: