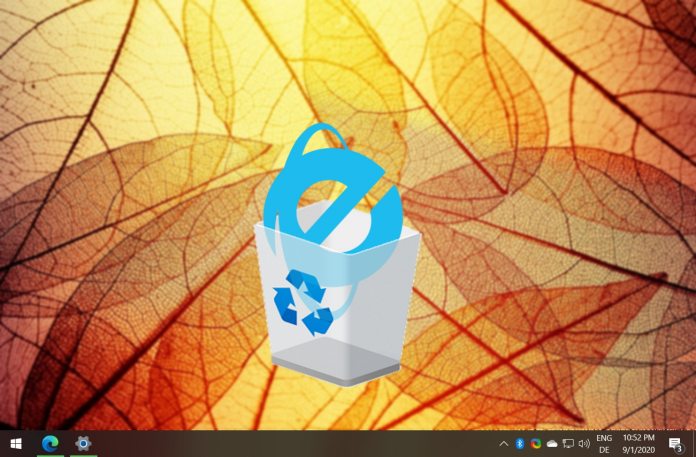 Microsoft is making its final lap with Internet Explorer and as the company increasingly transitions away from the old web browser, big changes are coming. For example, in November the company will start to push Microsoft Edge as a default browser for certain webpages.

Specifically, when users access some websites, IE will not longer open the site. Instead, the URL will open in Microsoft Edge, automatically.

There are three ways to look at this move. Perhaps it is a sneaky way for Microsoft to move Internet Explorer users to Edge. Maybe the company wants to force users who are holding out on IE to move to a newer browser. Perhaps it’s just a move that signals Microsoft’s ongoing intention to depreciate IE.

The most likely scenario is combination of all those options. Users will see the change starting next month. Some users, especially in enterprise, are still using with Internet Explorer and Microsoft wants to convince those holdouts to move onto Edge or at least ditch IE.

Microsoft’s forced webpages idea has been in development in testing since Microsoft Edge 84. However, with the launch of Edge 87 the plan will be rolled out to all users.

As IE has become older, it has increasingly become a security risk. Microsoft warns users they really should be running Microsoft Edge on Windows 10.

Microsoft says the browser will be removed from Office 365 on August 17, 2021. Then it’s a matter of time before Redmond kills it permanently. In the meantime, if you want to remove IE from Windows 10, we have just the tutorial to get the job done: How to Uninstall Internet Explorer in Windows 10 (or Enable It Again).

As we reported earlier this month, in November, IE will also stop supporting Microsoft apps and Microsoft Accounts.