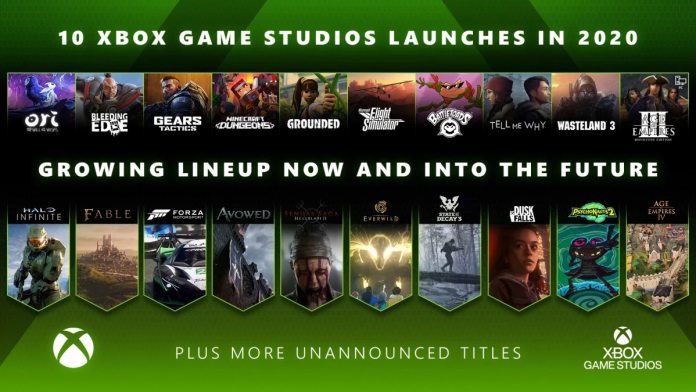 Microsoft is ending the era of the Xbox One on a high. According to the company, 2020 was a “record year” for Xbox Game Studios, the company’s game software division. As the company looks to the launch of the Xbox Series X and Xbox Series S, there’s plenty to be happy about.

While the Xbox One lost out to the Sony PlayStation 4 by some distance in hardware sales, the 8th generation of consoles has still been a success. It was during this generation where Microsoft gaming ambitions evolved beyond the Xbox consoles.

Whether its Xbox Game Pass for accessing titles on subscription, Project xCloud for streaming games, or the ongoing push for backward compatibility, there have been many positives.

Xbox Game Studios is arguably driving this success. This is Microsoft collection of in-house game developers that mostly focus on first-party exclusives. There are some exceptions, such as Mojang with Minecraft. Microsoft recently bought ZeniMax Media, the company behind Bethesda Studios, for $7.5 billion.

The ZeniMax purchase was the biggest gaming acquisition ever, highlighting Microsoft’s commitment to Xbox Game Studios.

That commitment has paid off. In a blog post, General Manager of Xbox Games Marketing Aaron Greenberg, detailed the accomplishments of the brand during 2020.