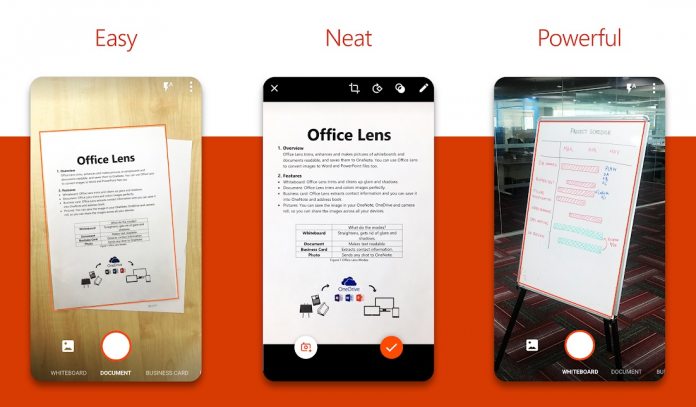 Office Lens, an application that gives users a photo scanning experience in Microsoft’s Office suite, is riding off into the sunset. Microsoft says it is killing off the app and the clock is ticking until the service is discontinued on Windows 10.

For users unfamiliar with Office Lens, it is a document scanning and editing tool that shows users the benefits of using Office. Among its features are image enhancements, changing documents to photos, and trimming content.

For example, users take a photo of a receipt and digitize it and use it on their PC or smartphone. Lens was initially more of a mobile-focused service, but it also worked on Windows 10. Images save by default in OneNote, but users can choose to save in PDF, Word, PowerPoint, OneDrive, or local storage.

While it seems Office Lens will live on for mobile users, it is being left out to dry on Windows 10. From December 31, users will no longer be able to save images to the cloud. PDF support is also ending.

“Certain cloud-based services in Office Lens for Windows, such as saving your pictures to OneDrive, OneNote, Word, PowerPoint, or PDF, will become unavailable after December 31, 2020. You can continue to use other features of the app as installed on your device. In addition, Office Lens for Windows 10 will no longer be available for download from the Microsoft Store as of January 1, 2021.”

To prepare for the retirement, Microsoft wants users to download images currently in their “Recent uploads” tab. From January 1, 2021, the app will be entirely removed from the Microsoft Store. It will still be available on iOS and Android.