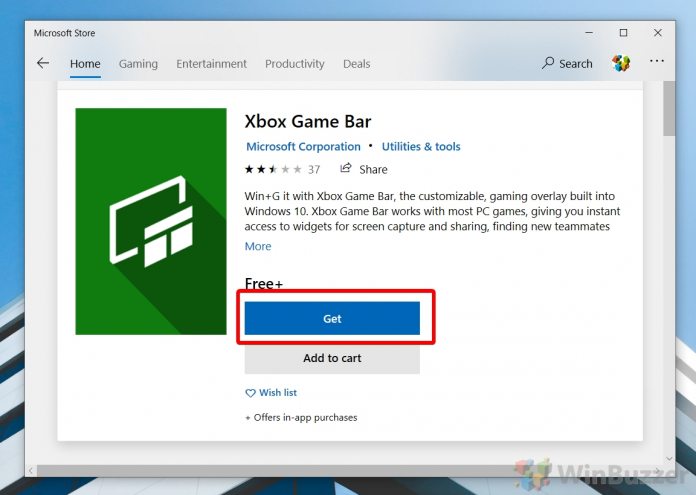 Microsoft’s Xbox Game Bar for Windows 10 allows gamers to access controls and settings in-game on the platform. This functionality was given a major boost when Microsoft opened a widget store for the Xbox Game Bar. Since then, the usefulness of the bar has shot up. With the latest widget, users get much more settings.

As you may remember, the widget store is part of the wider Microsoft Store. It allows third-party developers to build widgets for the Game Bar. Since that store debut, we have seen several new widgets land.

The latest custom widget allows gamers to access in-game settings without leaving the game. It adds a task manager access to the Game Bar. In the past gamers playing on full screen would need to minimize the game to open the task manager if their resources dipped. Now they can CTRL+SHIFT+ESC to bring the manager up on the game screen.

Currently in preview the widget won’t give you a complete task manager experience. However, it will highlight your processes and what is actively running. Because it is customizable, users can change between percentage usage and individual resources.

Using a simple traffic light system, the widget shows how much resources programs are using: red showing a large impact and green minimal impact. If a program is hogging system resources, it can be closed directly in the widget.

As noted, this addition further expands the usefulness of the Game Bar. Other widgets that grabbed our attention recently include one to run YouTube picture-in-picture during gameplay. Earlier in the year, developers added more functionality to the Xbox Game Bar by bringing a calculator and web browser to the tool.