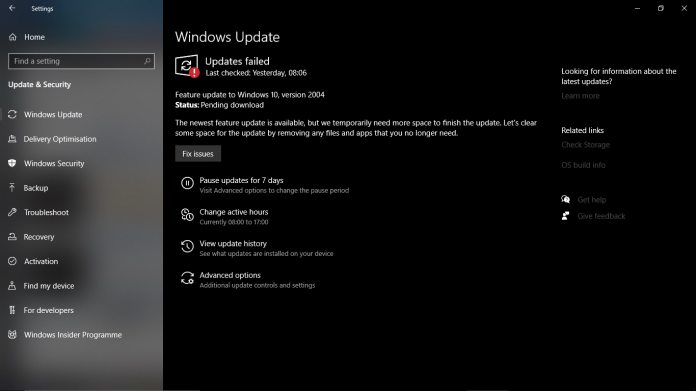 Microsoft’s Optional Updates for Windows 10 are designed to give users more freedom over updates. Previously, all driver updates were sent out as automatic updates. This means users would be at the mercy of bugs of issues. Optional Updates change this, but it’s not all good news as the general situation as not changed.

As we reported yesterday, Microsoft’s Optional Updates are being made available to the wrong users. More specifically, driver updates are recommended when they are not compatible with the receiving system.

In other words, while Optional Updates may solve users getting bugs without warning, they have their own issues. As WindowsLatest reports, it is worth users simply avoiding these updates altogether until Microsoft sorts this out.

Of course, many users will have no idea which drivers are meant for their PC or not. The problem has become worse in recent weeks since Microsoft expanded to include Intel drivers. This means users face a long list of potential driver updates, many of which won’t work on their machine.

Sure, you could take more time to check compatibility, but the obvious advice in the current situation is to simply not install any optional driver updates. Microsoft even warns users away from the feature, pushing them instead to manufacturer websites for updates.