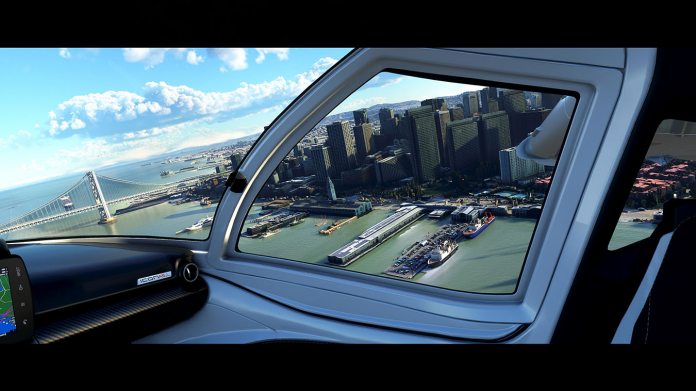 Earlier this month, Microsoft confirmed its Microsoft Flight Simulator game is arriving on Windows 10 in August. Following a year in preview, Microsoft did not discuss other platforms that will be supported. Now, the company says the title will be available on Steam, while VR support is also incoming.

Regarding availability on Steam, it seems this will be alongside the launch on Windows 10. While customers playing Microsoft Flight Simulator on Windows can get the game via the Microsoft Store, Steam gives them another option on PC.

Microsoft says the title will come to Steam on August 18. Pre-orders for the Standard, Deluxe, and Premium Deluxe editions are open now.

Looking at VR support, Microsoft says the game will support TrackIR and VR. The former will be available at launch in August, while VR support will drop during the fall. In a confirmation blog post, Redmond explains how both TrackIR and VR work in Microsoft Flight Simulator.

HP Reverb G2: Created by HP in collaboration with Microsoft and Valve, the upcoming Reverb G2 headset has a bright, high resolution display, excellent tracking, and immersive audio to take maximum advantage of Microsoft Flight Simulator’s incredible visuals and fully 3D soundscape. The HP Reverb G2 will be available later this fall and the VR update will be a free update for all Flight Simulator players.”

Elsewhere in the pre-launch sphere of Flight Sim, Microsoft sat down with The Guardian to fuel the pre-launch buzz. In an interview, Asobo Studio and project leader project head Jorg Neumann discussed how the game may become something more than a flight simulator in a COVID-19 world.

“Lockdown has had a big impact on us,” says Neumann. “To counteract it, last week I was playing in Suriname, the week before I was in Nepal. This week I’ll pick some other place on Earth to explore. I am able to visit the planet again now and that means a lot. The trailer that Sebastian Wloch showed during our presentation, it’s based near where he grew up in the Pyrenees. I love that! I want to go there and see it. I think that helps you relate to people.”

So, could Microsoft Flight Simulator become a virtual travel platform for users? That’s a stretch, but Neumann suggests by linking the title to other Microsoft technology there could be something here.

“We were working on a HoloLens project called HoloTour – the whole point was that you could use AR to visit different places on Earth and we made Machu Picchu. I’d never been to South America and it felt so real. I said to myself, ‘Can we do this for the whole planet? I want to sit on that hill in Out of Africa and look out over the plains.’ I think we can do that now.”