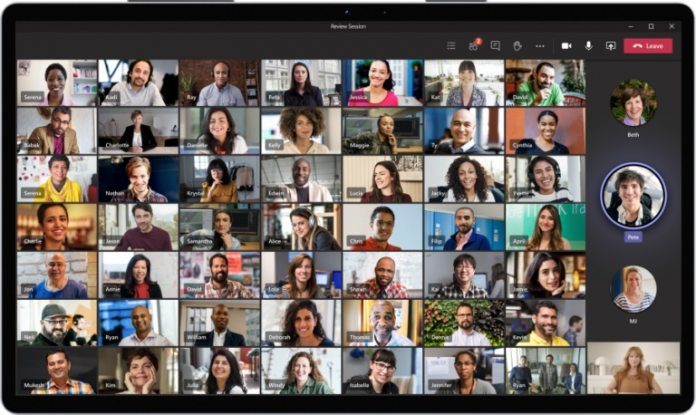 Microsoft Teams is getting a new meeting and calling experience that will reach users in the coming weeks. There are a couple of important changes, including the ability for third-party apps to tap into meetings that we reported on yesterday. However, Microsoft is also bringing the ability to see 49 participants at the same time.

Elsewhere, Microsoft Teams is also getting separate windows for calls and meetings. At the moment, it seems the update will be limited to the desktop version of Teams on Windows and Mac.

With the large gallery view, users can see all meeting participants in calls or meetings over 10 people, with up to 49 available. This is available through the settings and “Larger gallery”. Together Mode is a new feature that works in a similar way to large gallery but provides a separate box for each person.

Microsoft has been teasing 49 meeting participants on screen at once for some time. Redmond confirmed the feature last month before saying it was likely to arrive in the fall. It seems the company has moved forward the release and it is rolling out in the coming weeks.

This is a developer-oriented change that lets applications tap into Microsoft Teams meetings during a meeting, and even before or after. Through the integration, third-party tools will be able to show their content on the Teams call screen. Furthermore, notifications from these apps will also be supported.