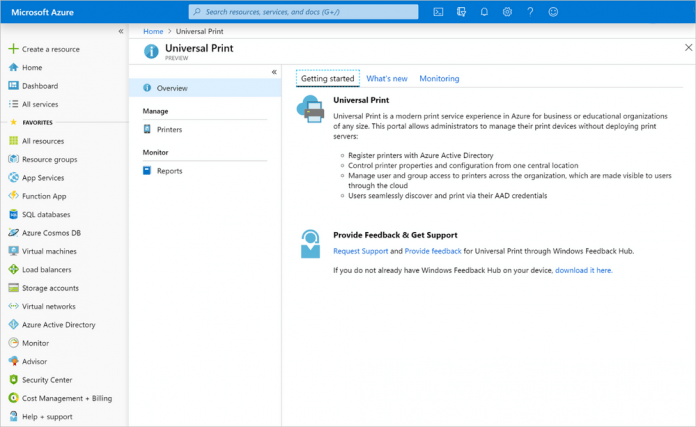 Microsoft new Universal Print tool is now making its way to organization in public preview. This release to wide preview comes after Redmond confirmed the feature will be fully released during Q4 of this year.

At that time, the company promised the public preview would arrive during Q3 and so it has. That means IT departments can now start using Universal Print.

Universal Print works through cloud servers provided by Microsoft Azure. It is designed to remove the complexity of organizations handling their own print servers. IT admins can tap into Universal Print to deploy print tools through Windows Server in Microsoft 365.

For IT departments, Universal Print promises to make time management more efficient. No longer will they have to worry about handling the updating of drivers, manage print servers, and other obstacles.

Organizations can use the tool across single printers or across a network of machines. While all resources will be handled in the cloud, on-premises users will still be able to access printers in much the same way they do now.

One of the benefits Microsoft is touting is the pick-up and use nature of Print. Specifically, users “can continue to print from their Windows devices or Office as they always have” with no learning curve. The company says OEMs are already baking the service into their printers natively. Microsoft says when these printers arrive on market, the true power of Universal Print will be apparent.

In a recent Q&A, Microsoft confirmed all information handled by Universal Print is under its data management guidelines. Microsoft classes all registered printers as Azure AD objects, and are backed by an X.509 certificate.