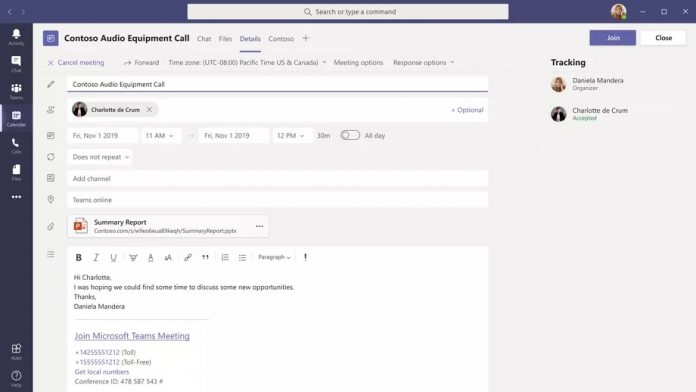 Since its inception, Microsoft Teams has rivaled competitors by going like-for-like in terms of features, and even going beyond. We have seen how this worked to help Teams pass Slack, while there is evidence Microsoft is aiming for the same against Zoom. However, there are some areas where Slack still has the better of Teams.

Microsoft is now addressing one of those areas in its meetings feature.

For example, Microsoft Teams does not play nice with third-party apps. In fact, it doesn’t play at all as no third-party apps were supported in the Teams meeting experience. Slack as played nicer and in fact has even integrated Teams into its calling platform.

In an interview with The Verge, Microsoft confirmed Teams meetings will now allow third-party app support.

“Applications can span across chat and collaboration and easily have a workflow that expands into meetings now,” explains Michal Lesiczka, a group product manager of Microsoft Teams.

This is a developer-oriented change that lets applications tap into Microsoft Teams meetings during a meeting, and even before or after. Through the integration, third-party tools will be able to show their content on the Teams call screen. Furthermore, notifications from these apps will also be supported.

For many developers, the lack of this type of third-party integration has kept them away from Teams. Microsoft’s Archana Saseetharan, a group product manager for Teams, says it was important the platform allowed this type of integration in meetings. It is worth noting third-party apps are already supported in other areas of Teams.