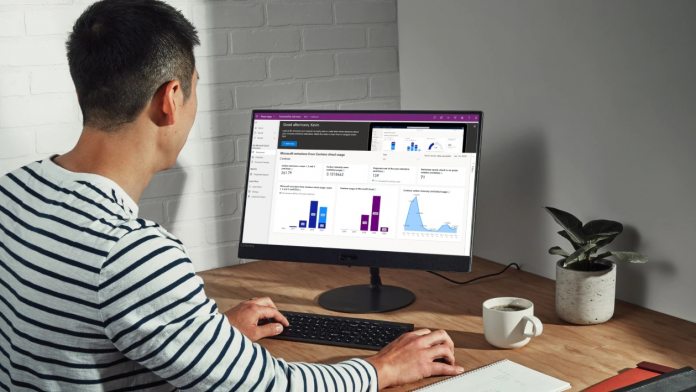 Microsoft has announced a new tool that will help cloud customers better understand their carbon emissions. Called the Microsoft Sustainability Calculator, the product has landed in private preview ahead of a future launch.

According to Redmond, the aim of the Microsoft Sustainability Calculator is to give customers more oversight across their carbon output. More specifically, to become more transparent about what their environmental impact is.

“Using AI and advanced analytics, the Microsoft Sustainability Calculator provides actionable insights on how to reduce emissions, the ability to forecast emissions, and simplifies carbon reporting.”

By leveraging AI technology, the calculator provides accurate accounting for carbon usage. It highlights the impact caused by Microsoft cloud service across an organization’s footprint. Armed with the information, company’s can make concise decisions about their environmental impact.

For example, the Microsoft Sustainability Calculator measures the impact of moving regular applications to the cloud and how this can reduce the carbon output of a company.

It looks like the tool goes hand-in-hand with Microsoft’s own push to be carbon negative by 2030. Redmond made that pledge earlier this year. The decision followed a 2017 commitment to cut 75% of its carbon emissions by the same date and builds on 2019 revisions of 70% renewable energy by 2023.

“While the world will need to reach net zero, those of us who can afford to move faster and go further should do so,” Microsoft President Brad Smith said of the new commitment. “That’s why today we are announcing an ambitious goal and a new plan to reduce and ultimately remove Microsoft’s carbon footprint.”