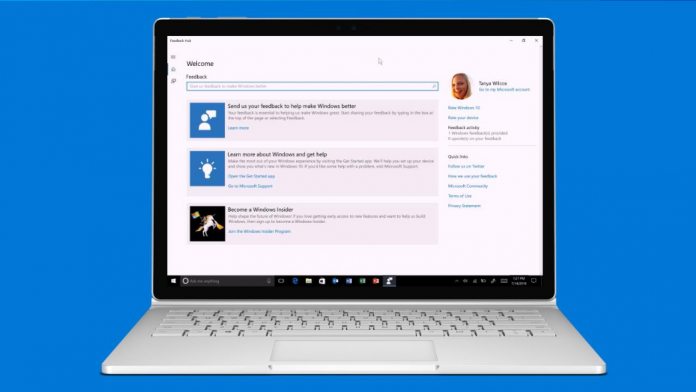 Microsoft’s Feedback Hub was debuted on Windows 10 back in 2016 as way to allow users to report issues and other information about their Windows experience. It is available to everyone but has become a fundamental part of the Windows Insider Program.

However, it seems as though the Windows Feedback Hub is not always being used in the way it is intended. CataclysmZA took to Reddit to highlight how the hub is being used spam, phishing attempts, and political posts.

What the Windows Feedback Hub was never supposed to be was a forum or social network. That some people are seemingly using it that way is bizarre. However, it seems any venue that reaches the masses is fair game these days.

You can check out the image below to see some examples found by CataclysmZA and posted to Reddit: 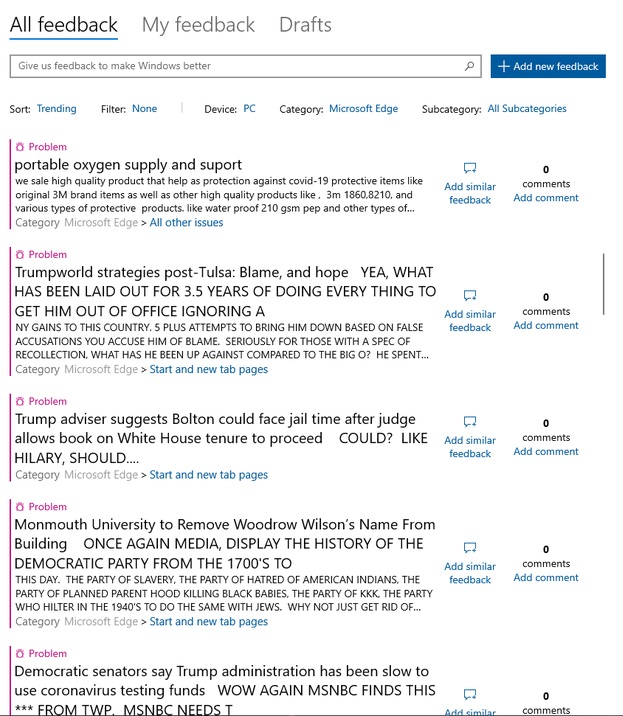 Users are able to report such posts. For example, there is a spam report tool on the Feedback Hub, but it’s clear Microsoft never planned for the service to be used like this. That span reporter allows users to report 3 posts, but they must then take a 5-minute time out from reporting.

Clearly, Microsoft never thought spam would be an issue and was instead protecting against disingenuous reports. It will be interesting to see Microsoft’s official response to this problem.

“Feedback page – The UI has also been updated for the display page of a feedback element: the different options are displayed in a more elegant style and even here it is possible to recognize problems and suggestions immediately.

Objectives – The Objectives page now has a dedicated tab in the burger menu. The interface has also been revised, which can now group together the Achievements for its own profile.

New entries in the App Settings – New entries have been added to the Feedback Hub settings.”