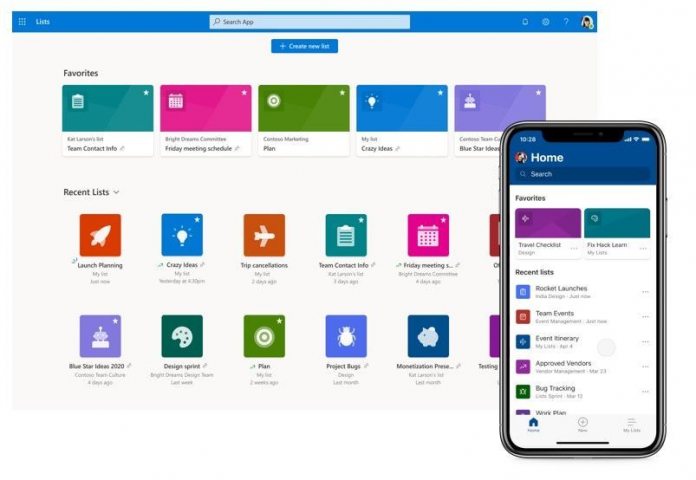 At its all-virtual Build 2020 in May, Microsoft revealed a new application called Microsoft Lists. Based on the company’s existing SharePoint lists tool, the app promised a more refined and accessible experience. Microsoft has confirmed the Lists application is now rolling out to its enterprise customers.

Lists is a perfect example of Microsoft fleshing out its workplace tools to provide organizations with a one-stop shop for inter-organization collaboration. However, while the company has largely built on current market leaders – such as the success of Microsoft Teams after basing the service heavily on Slack – Microsoft Lists is different.

As I discussed in May, Microsoft Lists is a chance for Microsoft to lead from the start. There is no clear leader in this area of task management. That Lists is baked into the company’s Microsoft 365 offering is likely to make it a popular tool.

Users of Microsoft Excel will be familiar with the grid-based UI in Lists. There are rows and columns that can be filled in by the user. Organizations can leverage the app to add tasks, manage existing tasks and collaborations.

While Microsoft To Do already provides some of the features of Lists, Microsoft says the services are different. To-Do is far more of a straight-forward task management tool. Microsoft Lists is integrated with SharePoint and OneDrive as a functional inter-organizational tool.

“Microsoft Lists is a Microsoft 365 app that helps you track information and organize your work. Lists are simple, smart, and flexible, so you can stay on top of what matters most to your team.

Track issues, assets, routines, contacts, inventory and more using customizable views and smart rules and alerts to keep everyone in sync. With ready-made templates, you can quickly start lists online, on our new mobile app, and directly from within Microsoft Teams.”