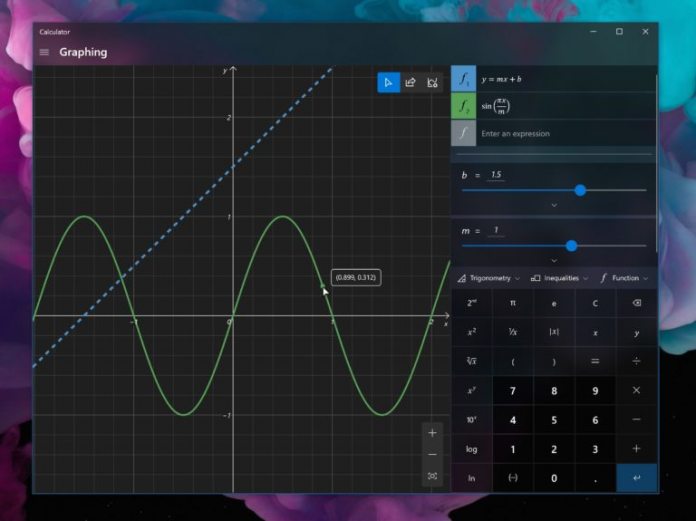 A new tool is being introduced on the Windows Calculator for Windows 10. Microsoft is rolling out a Graphing Mode for the native app. The new update is available for users running Windows 10 version 2004 (May 2020 Update) or newer.

Microsoft confirmed the release (via TechDows) this week as part of Windows Calculator. The company announced the update alongside Windows 10 Insider Preview build 20161, which is a Windows 10 21H1 release.

However, Windows Calculator is update out of Microsoft’s regular Windows update cycle. This means updates can arrive whenever and are not tied to build number releases.

Microsoft explains Graphing Mode was one of the top-requested tools for the calculator. In a Windows blog post, the company says the following capabilities are available through the new feature:

Last March, Microsoft announced its Windows Calculator application would become open source on GitHub. Since then we have seen feature development on the native Windows app pick up. Essentially, third-party dev’s can now contribute to the app with new features.

Microsoft open sourced the Calculator app on GitHub to help bring more features to the tool. The company published the app under the MIT License with the build system, unit tests, product roadmap, and the source code.