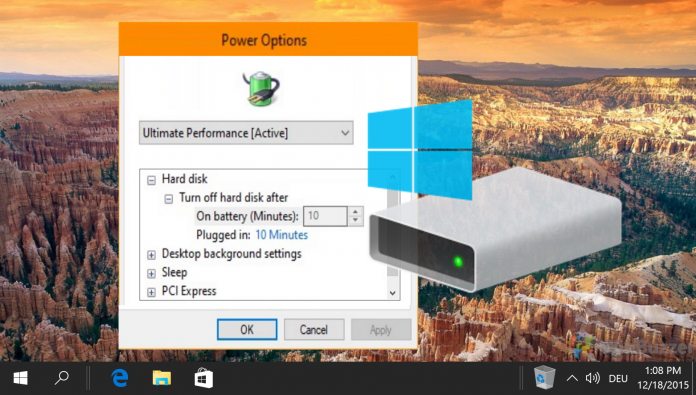 Hard drives are getting faster and more affordable every day, but unfortunately, their moving parts will always make them loud and mean their power draw isn’t insignificant. This can be a particular issue for those with laptops, leading many to wonder how to turn off a hard disk after it reaches an idle state.

After many years of refinement, Microsoft has realized this is a feature that users need and has included it in Windows 10 built-in power management options. Those on the Balanced and Power Saver profiles may notice that it kicks in automatically, but it’s also possible to manually enable it for all plans.

Doing so will turn your hard disk off after you haven’t used your PC in a certain time period. This naturally means it will use less power, but it may also cause delays when the hard disk suddenly realizes it needs to be used and spins up. Either way, it’s worth noting that this option doesn’t’ affect SSDs, so if you have your Windows install and important programs on one, you shouldn’t run into any issues.

The option to turn off a hard disk after idle, and power settings in general, haven’t been ported over the Windows 10’s new settings interface yet. As a result, the most user-friendly way to disable a hardrive when it’s not in use is via the legacy Control Panel.

How to Disable Your Hard Drive on Idle via Command Prompt

As is often the case, it’s much faster to do this via the command line if you’re comfortable.