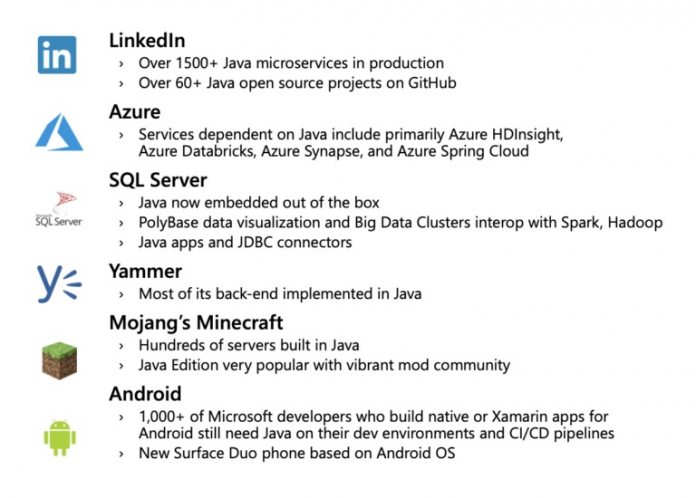 Microsoft has announced it has passed the first step of porting OpenJDK for Windows 10 on ARM. According to the company’s Java Engineering Group, the port does not have a full suite of features but can be used by developers.

By leveraging OpenJDK, developers can use Java for Windows 10 on ARM 64-bit laptops. Microsoft’s own Surface Pro X is one such device.

This port extends from Microsoft’s 2019 acquisition of jClarity, which was purchased to help push Azure optimization of Java workloads. As one of the contributors to AdoptOpenJDK, jClarity was a previous partner of Microsoft’s. In fact, Redmond has sponsored AdoptOpenJDK since 2018.

With the OpenJDK port for Windows 10 on ARM, Microsoft says dev’s can run most Java workloads.

For example, all SPEC Java suites will run on the port. In a blog post, Bruno Borges, Principal Program Manager of the Java Engineering Group, explained how the port can help customers:

“With much higher energy efficiency, the use of ARM64 can drastically reduce the cost of data centers and extend the battery life of personal devices. For many workloads and user preferences, Windows is the OS of choice, and because of that, the Java Engineering Group moved forward with this port to support those users.”

“While optimizing Java for Azure remains one of our core goals, it is crucial to share that we are involved in other initiatives to make the Java platform even better on areas besides the Cloud,” he said.