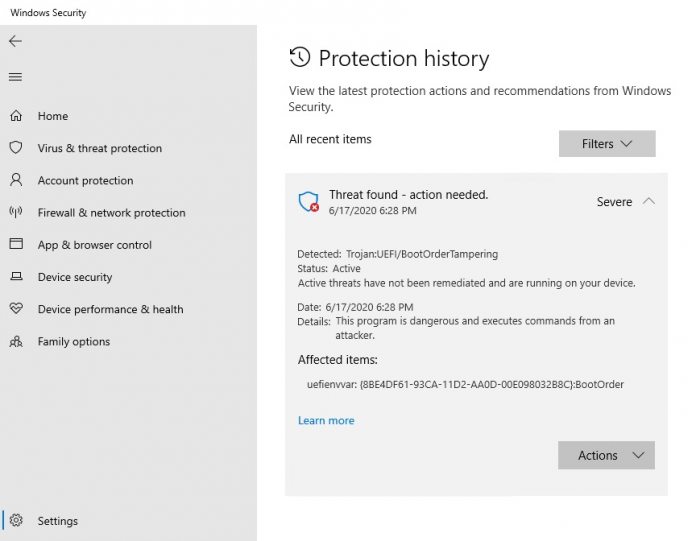 In a blog post, Microsoft describes the UEFI scanner has a tool that can scan firmware filesystems while performing security checks. Now part of Microsoft Defender ATP, the scanner will be a built-in part of Windows 10.

“Hardware and firmware-level attacks have continued to rise in recent years, as modern security solutions made persistence and detection evasion on the operating system more difficult. Attackers compromise the boot flow to achieve low-level malware behavior that’s hard to detect, posing a significant risk to an organization’s security posture.”

Microsoft points out the tool was created with help from partner chipset manufacturers. It is designed to build upon existing endpoint protection tools on Microsoft Defender ATP.

Some of the fundamental components of the new scanner include: