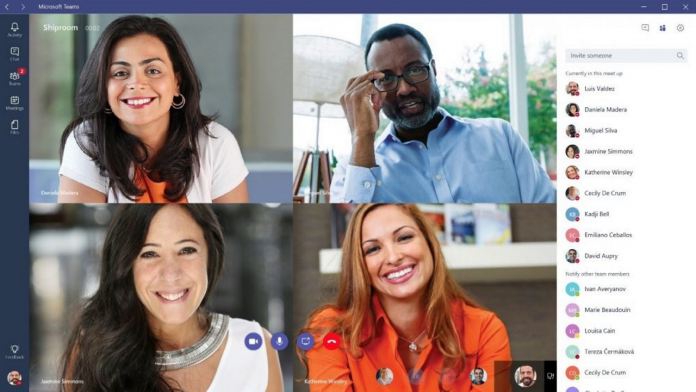 While it is arguable Microsoft Teams and Zoom are not direct competitors, they have some overlapping features and are certainly competing in roughly the same space. In fact, it seems Microsoft wants Teams to become a competitor to communication services as much as it is one to work collaboration solutions like Slack.

With that in mind, Microsoft’s recently announced work on bumping Teams video support to 49 users is important. Zoom allows up to 49 people to participate in a video call at the same time. This has allowed the service to become the de facto video communication tool of the stay-at-home era created by the COVID-19 pandemic.

Zoom increased its userbase from 10 million users to over 300 million in the space of six weeks. Microsoft Teams also enjoyed massive growth, jumping from 20 million daily users to around 80 million. That’s good news for Microsoft as it positions Teams against Slack but if we compare against Zoom, it’s not so good.

It is worth pointing out Slack has been going to great lengths to say Teams is not a competitor. So much so, the company’s CEO last week said Teams is more directly competing with Zoom. That’s not true because only recently has Microsoft started taking the video communication aspects of Teams seriously.

What the company is aiming for is a complete workplace collaboration tool like Slack and a complete video communication platform like Zoom, rolled into one package that also handily taps directly into Office 365. When discussing Teams, it’s always with the benefit that it’s part of Microsoft’s wider productivity suite and integrates with it.

Microsoft has already cracked the collaboration aspects of Teams, which is outperforming Slack. Now the company is turning its attention to video communication. Recently, Microsoft brought a 3×3 grid to Teams (which incidentally also came to Skype), allowing 9 video call participants. Still, that is some way short of Zoom’s support for 49 participants.

According to a report in the Wall Street Journal, Microsoft is working on expanding Teams video support to 49 users. In doing so, the company will remove what is arguably the biggest difference between it and Zoom.

Unfortunately, there is no timeline on when this expansion will happen. However, considering 3×3 grid support only arrived on Teams last month, I expect support for 49 participants is at least some months away.