This feature was improved through the work of a collaboration between Microsoft and Google teams. It also provided Chromium browsers with a native spellchecking tool, removing the need for the third-party hunspell tool.

Windows Spellchecker on Chromium has been in development since last year. That’s when Microsoft signaled its intentions to create a standard tool for Chromium. Microsoft says the development allows Edge and Chrome now has improved custom dictionary and support for URLs, email addresses, and acronyms.

“This feature was developed as a collaboration between Google and Microsoft engineers in the Chromium project, enabling all Chromium-based browsers to benefit from Windows Spellcheck integration,” explains Microsoft’s Edge team. 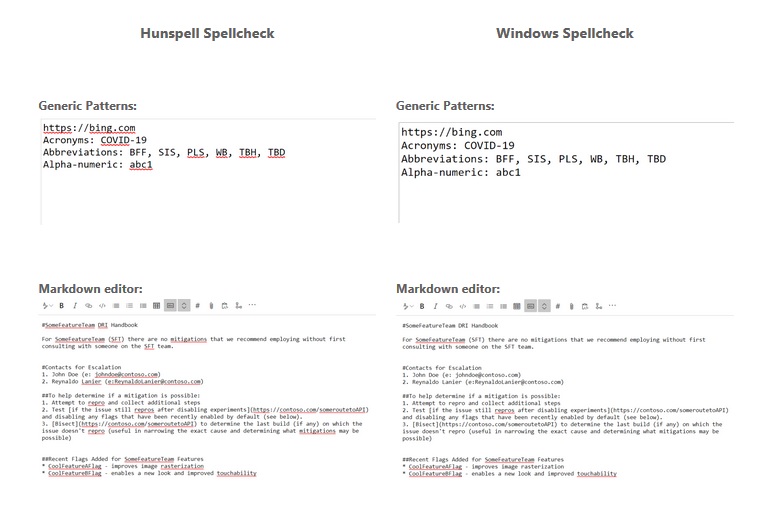 For Chrome users, you may need to enable the flag for the Windows Spellcheck to be enabled. To do so, navigate to chrome://flags/ and search for “Use the Windows OS spell checker” and choose to enable it.

“This feature was developed as a collaboration between Google and Microsoft engineers in the Chromium project, enabling all Chromium-based browsers to benefit from Windows Spellcheck integration.”

Chromium Edge is now Microsoft main web browser for Windows 10. With the launch of Windows 10 May 2020 Update yesterday, the company announced it is depreciating the legacy Edge app. While it will still be available, Microsoft will no longer support it.