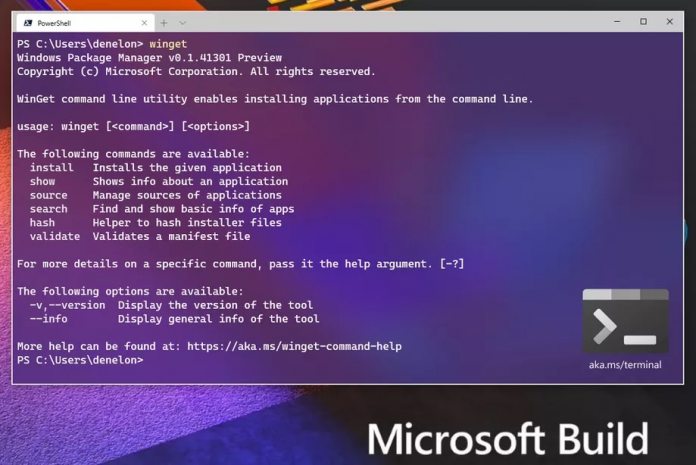 A week ago, Microsoft announced a new Windows Package Manager (winget) at Build 2020. It was one of the few unexpected reveals during the virtual developer conference. However, one developer now says Microsoft copied his technology and integrated it into Windows.

Keivan Beigi, who created a package manager called AppGet, says Microsoft showed a lot of interest in the tool last year. He says the company spoke to him and was interested in AppGet. Later, the company ghosted Beigi and he did not hear from Microsoft again.

Fast forward to Build, and Windows Package Manager arrives (winget) looking suspiciously like AppGet. Beigi says he was shocked to see winget copied so much from his solution.

AppGet is an open source Windows package manager that allows software to automatically install on PCs. Microsoft’s Andrew Clinick, who works with the company’s app model, interviewed Beigi last year for a prospective job role. After the interview, Beigi says he never heard anything again from Redmond.

That changed a week ago when Microsoft informed him it was preparing to launch winget… a day before it was revealed. “When I finally saw the announcement and the GitHub repositories, I was shocked? Upset? I wasn’t even sure what I was looking at,” says Beigi.

He adds Microsoft has taken numerous aspects of AppGet that are eerily similar in winget, including the “core mechanics, terminology, the manifest format and structure, even the package repository’s folder structure”

“What was copied with no credit is the foundation of the project. How it actually works,” explains Beigi in a separate Reddit post. “And I don’t mean the general concept of package / app managers… WinGet works pretty much identical to the way AppGet works.”

Microsoft’s new tool means Beigi says he will stop developing AppGet as he does not want to fragment the ecosystem. He also admits he cannot compete with Microsoft. Beigi says he would be happy if Microsoft simply credited him for his creations.