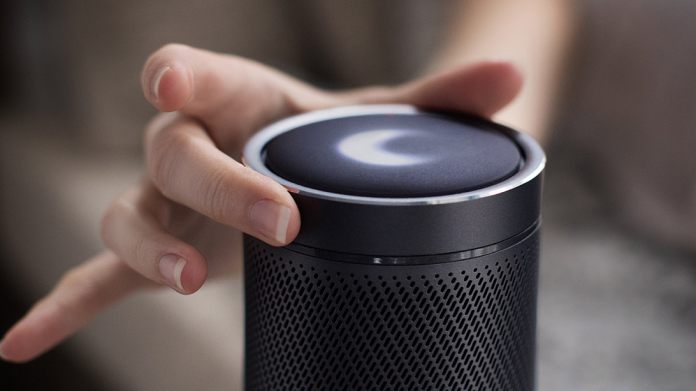 When you’re looking to buy a smart speaker, you won’t find any with a Microsoft Surface branding. That’s because Microsoft has stayed out of the market, aside from an ill-fated Cortana integration on the now discontinued Harmon Kardon Invoke. However, it seems a Surface smart speaker is something the company is considering.

A new Microsoft Patent discovered by Windows Latest points to a “Smart Speaker System with Microphone Room Calibration”. This suggests Microsoft is at least exploring its own Surface speaker device.

In the patent, Microsoft describes a smart speaker with a built-in virtual assistant and internect connectivity. Considering Windows 10 now favors Amazon’s Alexa over Cortana, it could be Alexa that would power a Surface speaker.

Some of the specs including an optical sensor which means it could be useful in reading attendees at a conference or meeting. It also has a microphone array with six microphones for voice activation. Other than that, this is a patent light on details, which could mean this is an early development.

While Google, Apple, Amazon, and myriad other audio and tech companies have released smart speakers, Microsoft has held back. Perhaps the companies issues with Cortana prevented a push into the market.

Cortana has been transitioned from a consumer-facing assistant to working behind the scenes on Windows 10 as a productivity tool. Microsoft also separated Cortana from search and she now has her own Microsoft Store app.

In 2018, former Microsoft Cortana employee Qi Lu claimed the company has lost the voice assistant war to Amazon. He believes the company, along with Apple and Google, missed the point of the technology by baking it into phones. Amazon, on the other hand, had the foresight to see the bigger picture and bake Alexa into smart home devices.