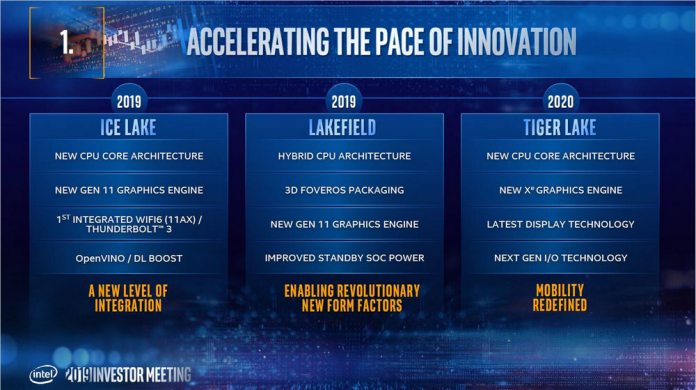 CES 2020 remains one of this year’s only physical tech conferences that was unaffected by COVID-19. In January, Intel used the event to discuss the power of its upcoming Tiger Lake processors. These are the next generation of its 10nm CPUs following the Ice Lake series. In a leaked benchmark, we can see what to expect in terms of performance from the new chips.

Discovered by Notebookcheck, the benchmark is from 3DMark Fire Strike but does not reveal a score. However, we can see by the test information that the Intel Tiger Lake will significantly outperform the Ice Lake processors.

It is also worth noting these tests may be from models that are not production ready. In other words, this might not be the final performance level, for better or for worse. Either way, it’s clear the Intel Tiger Lake CPUs will have major gains over the current generation 10nm chipsets.

At CES, Intel revealed the CPUs in the series will have discrete-level integrated graphics. Those graphics will be built on Intel’s soon to launch Xe architecture. In an accompanying press release, Intel discussed what customers can expect:

Intel says the first laptops featuring its Tiger Lake CPUs will launch during 2020.