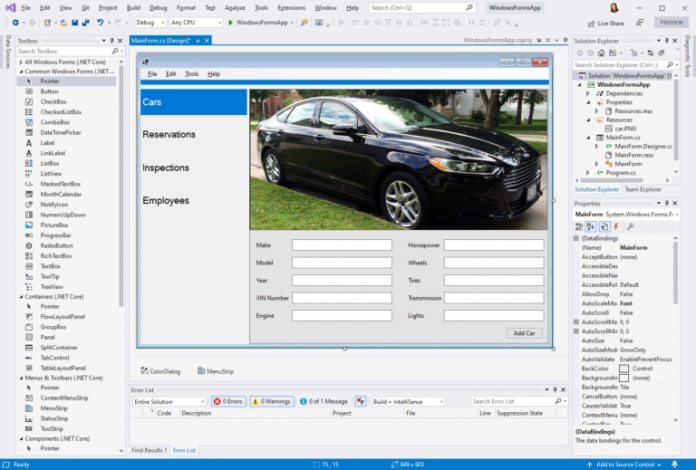 Microsoft has announced the availability of Windows Forms designer for .NET Core projects. In a blog post, the company says the tool is available for Visual Studio 2019 version 16.6 and is currently in preview. Furthermore, an updated version of the designer is included in the Visual Studio 16.7 Preview 1 release.

Customers will find Windows Forms are turned off by default. To activate them, head to Tools > Options > Environment > Preview Features.

If you’re unfamiliar with Windows Forms, it is an open source solution framework for building applications in Windows 10. Microsoft has been working on bringing the tool to dotnet for some time. The company says a full integration is close, but development continues in preview to get functionality and performance just right.

The designer is an extensive package. In its blog post, Microsoft explains what’s available in the tool:

Users of Visual Studio 2019 version 16.6 and Visual Studio 16.7 Preview 1 can start using WinForms now. You can check out the open source solution at GitHub here.