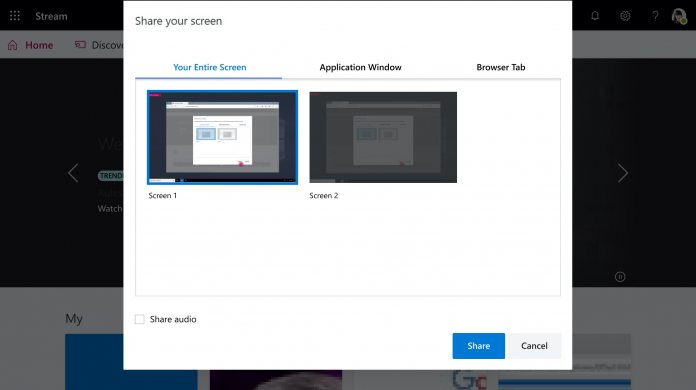 Microsoft has announced its Microsoft Stream application has been updated. Specifically, the tool now allows users to create screen recordings up to 15 minutes long. Microsoft says the ability is coming to Stream customers now.

Furthermore, the company says it has editing features in development that will launch soon. To start a longer screen recording, head to Microsoft Stream on Edge or Chrome and choose “Create” and “Record Screen”.

When the recording appears, users have options such as mic and audio system integration, the ability to choose what screen areas to record, and using a webcam.

If you’re unfamiliar with Microsoft Stream, it’s a a video streaming service that is geared towards businesses and enterprise customers. Available in Office 365, the tool is free and signing up takes “seconds”. Users can drag and drop videos to upload them and can follow content from the homepage.

In a blog post today, Microsoft says extended screen recordings are available on the following browsers:

Microsoft points to some limitations. For example, audio only works on Windows machines and using a webcam is only possible when the entire screen is being recorded. Furthermore, Microsoft Stream longer recordings must be broken up because of the 15-minute cap.

You can find out more about the new screen recording abilities in Microsoft’s official blog here.