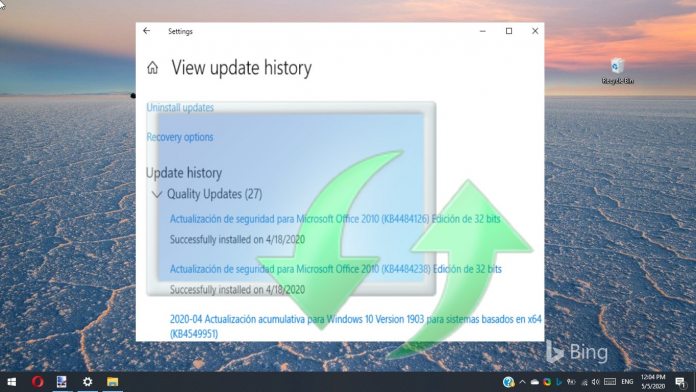 Microsoft hasn’t had the best track record when it comes to updates in recent times, rolling out several that have serious bugs or even lead to data loss. When this happens, it’s recommended you roll back the Windows 10 update to resume normal functioning.

When it comes to feature updates, Microsoft makes this clear and easy. A simple button press in update settings is all you need to remove it. However, you may be wondering how to restore your previous version of Windows 10 when it’s cumulative, a change to drivers, or a security patch. The OS doesn’t make the uninstallation of these smaller patches quite as easy, but you still won’t have to fiddle around in command prompt or make any registry tweaks.

First, though, it’s worth noting that you shouldn’t undo a Windows 10 update unless there’s a serious problem with your system. If you roll back a purely for visual or feature changes you risk missing out on vital security features that could protect your computer from attackers. This tutorial is meant for those who are fixing a Windows 10 update only. With that said, let’s jump into how to do it:

How To Roll Back Windows 10 Cumulative, Security, or Driver Updates

As mentioned previously, uninstalling any Windows 10 update takes a bit more work than a feature one, but you shouldn’t let that hold you back. As a whole, fixing a faulty Windows 10 update is still very easy and could save you from data loss or driver incompatibilities.

How To Roll Back Windows 10 Feature Updates