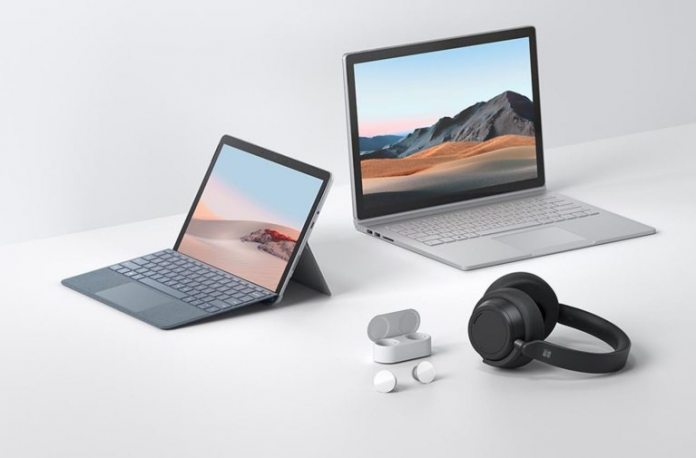 Microsoft’s flagship laptop is on its third generation, while the low-end tablet Surface Go gets a sequel. Speaking to PCWorld, Microsoft Surface’s director of engineering of A/V systems, Doug Beck discussed how the devices have vastly improved camera experiences.

Both the Surface Book 3 and Surface Go 2 cameras have designed to work better in low-light conditions. Microsoft is aiming for the growing conference and video communication market. Both devices have 5-megapixel lenses with larger pixels to optimize low light.

“It took a while to convince people that webcams—the environments that they’re used in—are really pretty low-light,” said Doug Beck.

Furthermore, the cameras will have an F2.0 aperture, which Beck says is the largest Microsoft could include. Elsewhere, the company also made other improvements, such as image signal processor, which will improve SNR.

“We have some IP to match skin tones, across the variability of skin tones that are out there,” Beck said. “We do a really good job of matching those up and presenting them across the calibrated pipeline.”

“We do objective testing to fall within certain contrast and colour accuracies, but then the end of our process is really a subjective process,” Beck added. “They’ll make certain adjustments that sometimes don’t feel like they go with the science, but they provide the best possible outcome.”