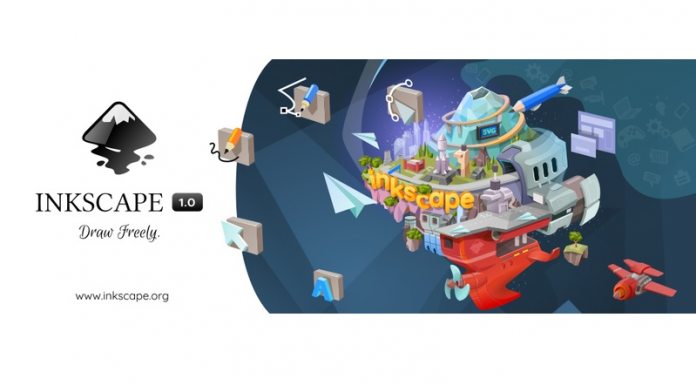 Fans of Inkscape are rejoicing today as the vector graphic editor is now widely available in version 1.0. Yes, the tool is not longer in preview. What’s interesting about this is Inkscape has taken 16 years to get to its full release status.

It is worth pointing out that the tool has already been a valuable and respected editor throughout most of its pre-1.0 life. In other words, reaching 1.0 is hardly going to change what users think of the service.

Of course, the “full” version of the app does come with some improvements for version one. In a blog post, Inkscape developers explained some of the changes:

“Translations for over 20 languages were updated for version 1.0, making the software more accessible to people from all over the world. A major milestone was achieved in enabling Inkscape to use a more recent version of the software used to build the editor’s user interface (namely GTK+3). Users with HiDPI (high resolution) screens can thank teamwork that took place during the 2018 Boston Hackfest for setting the updated-GTK wheels in motion,” explains the developers.

Furthermore, for version 1.0 the app’s extension system has had some “fundamental” changes. Extensions are a major part of the Inkscape utility, allowing users to access third-party tools to enhance their work.

The developers of the app says there are some important extension considerations in version 1.0.

“While outreach to extension developers was undertaken as Inkscape migrates towards Python 3 and a more logical and fully tested extensions API (now hosted in a separate repository), not all third-party extensions have been brought forward to be compatible yet. This will mean that 1.0 may not allow some users to continue with their normal extensions workflow.”

If you’re new to the Inkscape party, you can download version 1.0 here.