Over the years, we have seen some of tech’s biggest companies become payment platforms. Google and Apple are the two most notable examples, but also giants like Samsung and Amazon. Microsoft is one tech biggie that has stayed away from payment, but that could change in the near future as the company reportedly targets Paytm.

According to the Electronic Times of India, Microsoft has been in talks to invest digital payment platform Paytm. Redmond will participate in a funding round that could raise up to $100 million for the firm.

Paytm is an emerging e-commerce platform based in India and allows customers to pay utility bills, top up their mobile phone, and pay for services like movies, travel, and events. It also manages in-store purchases like groceries and products. These payments are handled through a Paytm QR code.

While the company remains relatively small, it has reached 7 million merchants in India. Customers of the service can link the platform directly to their bank accounts. Paytm’s consistent growth has allowed it to now amass a value of $16 billion.

Microsoft interest in the company could lead to an upcoming investment.

“The talks with Microsoft began last year when Paytm was in the middle of raising funds. While Microsoft could not participate in the funding then, it is likely to pump in cash now,” a person familiar with the talks said.

It’s unclear if Microsoft has any wider interest in the company beyond becoming an investor. Certainly, Paytm would give the company footing in the e-wallet market, albeit a regional-specific one.

Whether Microsoft plans to compete directly with its tech rivals in the pay market is open to debate. However, it would be interesting to see how Redmond would differentiate itself in a mature space. Becoming a major player in a developing economy like India could be a good starting point. 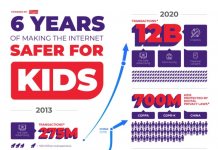 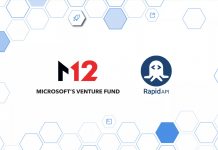