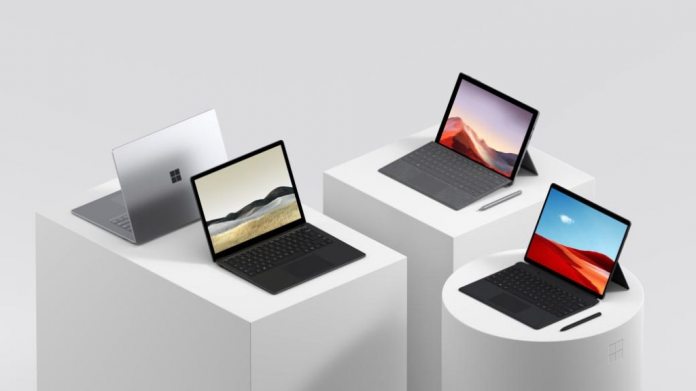 A video has leaked online showing a Microsoft engineer explaining why Microsoft has never adopted Thunderbolt connectivity on its Surface hardware. Found by WalkingCat, the presenter points out Microsoft views the technology as not being secure.

Microsoft has traditionally used USB 3 and eventually made the jump to USB-C, finally, with the Surface Pro 7. However, the company has remained cool on Thunderbolt.

Thunderbolt 3 is noted as being one of the fastest ways to connect two devices. In the video, the Microsoft employee explains the technology’s direct memory access port means bad actors could use a memory stick to access device data.

In such a scenario where a specific memory stick was used, Windows 10 would not be able to prevent the attack.

“So we don’t believe, at this moment, that Thunderbolt can deliver the security that’s really needed from the devices,” the presenter says. “That’s why we’ve opted to integrate USB-C and USB 3 on our devices but have not integrated Thunderbolt on our devices.”

Elsewhere in the video, the employee points out why Microsoft did not include removeable RAM in the Surface Laptop 3. It’s one of the biggest user gripes, with Laptop 3 owners unhappy they cannot expand their PC memory.

The presenter says Microsoft does not want users to do the following:

“If you would be able to physically take out the memory, what you can easily do as well is freeze the memory with liquid nitrogen, get the memory out, then put it in a specific reader.”

While Microsoft has stayed away from Thunderbolt, manufacturers the company works with have not. For example, major Windows 10 OEMS like HP, Dell, and Lenovo all work with Thunderbolt on their machines.