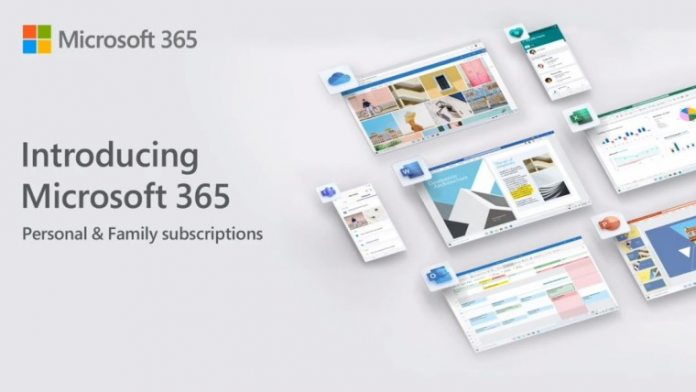 In case you missed the memo, Office 365 for consumers is now Microsoft 365 Personal and Microsoft 365 Family. Redmond made this announcement at the end of last month, and both new Microsoft 365 products have been available since April 21.

Microsoft has now posted a video to clear up some of the most confusing aspects of this transition. Specifically, how Microsoft Teams functions within the new Microsoft 365 Personal and Family.

Firstly, it is worth noting that members of Office 365 personal were automatically transitioned to Microsoft 365 without needing to take action. However, there are some problems with how people understand Microsoft Teams within the new product.

Many predicted Microsoft 365 Personal would come with a free version of Microsoft Teams. That has not happened, leaving the usual enterprise version, which is available for free in a limited capacity.

Instead of launching a separate version of Teams, Microsoft decided to add consumer-focused features to the existing app. Users have the ability to switch between personal and enterprise use as they see fit.

However, Teams is currently not a part of the Microsoft 365 Personal or Family experience. In the video published this week, Microsoft details how it is rolling out applications in a staged fashion. For example, Outlook.com and OneDrive will receive updates, and then the new Teams and Family Safety app will arrive.

However, Microsoft says these two new tools won’t arrive for some time, with an end-of-year launch looking most likely.

If you’re unfamiliar with the Family Safety app, it was announced alongside the new Microsoft 365. This new application makes it simple for family members to stay up to speed with their digital usage. It functions across Windows 10, Xbox, and Android, and allow users to see which applications are used the most and how long they’re used for.

Importantly, account owners can set screen-time limits on these apps. So, if Junior is spending too much time on Fortnite, you can shut him down for the night. Microsoft says it has protected the privacy of kids if parents want to shut off the feature. Interestingly, Family Safety also lets you find out where iOS and Android users are.