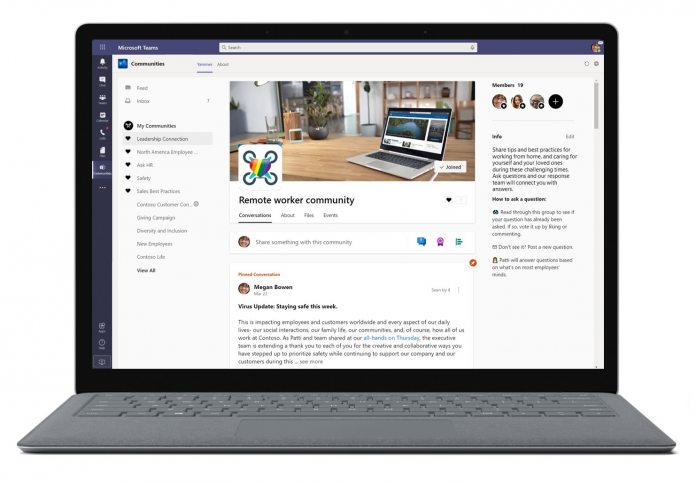 If Microsoft’s product stack wasn’t confusing enough, its enterprise social network, Yammer, is now available inside of its chat and collaboration app, Microsoft Teams. Except it’s not called Yammer, but ‘Communities’, despite having the Yammer logo and UI.

The idea, I guess, is to better present the redesigned app, which Microsoft has previously used to emphasize knowledge sharing and group interaction. Inside of Teams, Communities is intended for more widespread broadcasts – anything from polls to announcements, Q&A’s, and company announcements.

“By bringing Yammer into Teams, we want to make it easier for leaders and communicators to quickly and effectively communicate with their teams and organizations, even when they need to work apart,” explains Microsoft.

Communities can also be used for specifics. Teams users can request help from experts on Yammer and mark the best answer to their question. There’s also the ability to attend live events with interactive communication.

Installing the app is as simple as finding it on the Teams App Store and pressing install. After, Microsoft says users will be able to pin it to their app bar, with admins able to pin the app for all users if they wish.

For now, it’s only available for desktop and the web, but Microsoft says there are plans to bring it to mobile soon. Despite this, the separate iOS and Android apps will remain available, as will Yammer for Windows and Mac and its web client. Microsoft will also be unifying notifications and search for true cross-platform behavior.