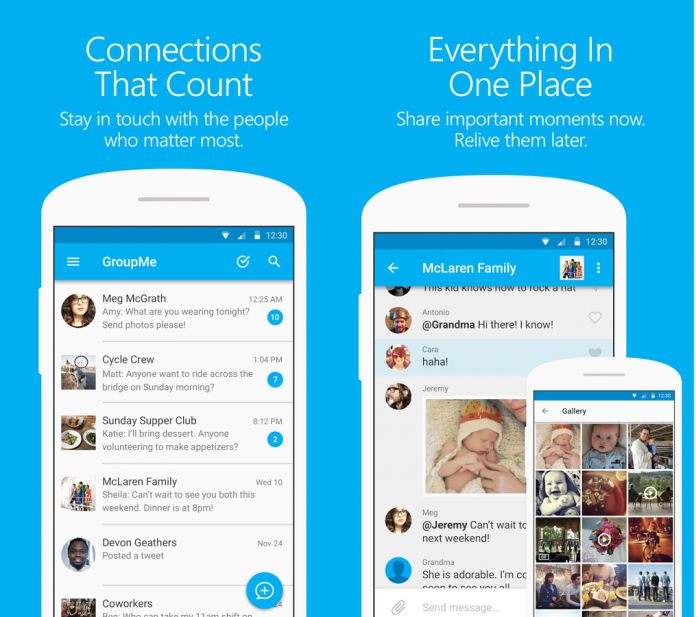 Who remembers Microsoft GroupMe? You, at the back? Well, the forgotten chat and messaging app has been given a breath of life. Microsoft has decided to roll up an update for the tool. This is a surprise because GroupMe has been ignored by the company in recent years.

If you are unfamiliar with GroupMe, it is a service that gives users tools to sort and manage contacts by creating groups. Adding contacts to the app via phone or email brings up several chat options.

Since Microsoft bought Skype in 2011, the company’s efforts on GroupMe have reduced. The app has received updates, but not anything significant in recent years. Despite this, the tool remains relatively popular in the United States.

With version 2.41.1.0 of the Windows 10 app, users can now schedule Skype calls, making it more useful. At the moment, the update is limited to the Android flavor of the app but should make its way to iOS and Windows soon.

Clearly, Microsoft sees an ongoing purpose for GroupMe during the COVID-19 pandemic. Digital communication services have soared over the last month with hundreds of millions of people around the world confined indoors.

While this is not a full embrace of Skype, it makes the integration between the apps more efficient. Setting up Skype group calls is easy. There’s a Skype logo at the top of a GroupMe chat that allows users to start a video call in Skype. When the icon is selected, a link is placed in the chat that leads to the Skype call.

The new tool for GroupMe build on Skype’s recent Meet Now feature. Microsoft has recently been talking up the benefits of Meet Up over Zoom. Both Skype and Zoom has seen massive expansion during the coronavirus outbreak. However, Microsoft argues Skype provides several advantages.

Namely, it does not require a host to have an account or download an app. Instead, users create a link and send it to participants through email. These recipients can chat with the host directly through their web browser. They don’t need Skype and the host does not need an account.

You can get the new Skype integration for GroupMe on Android from the Play Store here. The app is also available on iOS here and Windows here sans the new addition.