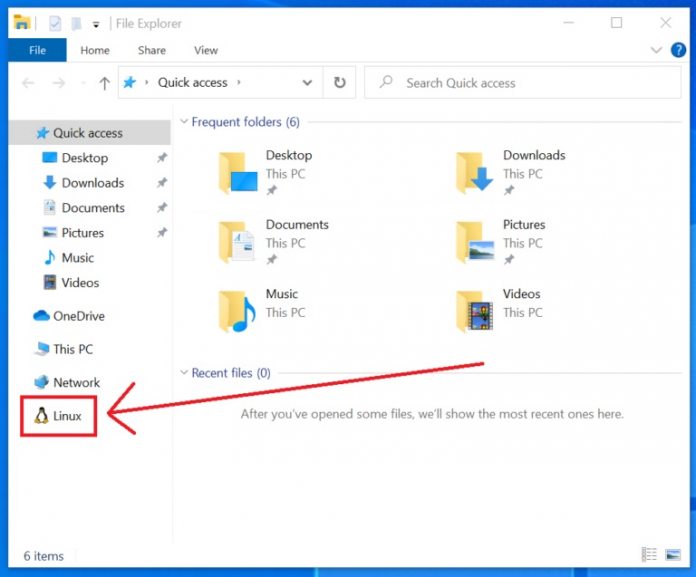 Earlier this week, Microsoft rolled out Windows 10 Preview build 19603, its latest Fast Ring release for Windows Insider Program members. Several interesting additions were made to the platform, which is the preview for the 20H2 branch.

Yet again, Microsoft is showcasing its willingness to increasingly bake the open-source Linux into Windows 10. The company says the new File Explorer experience will work in tandem with the upcoming Windows Subsystem for Linux 2 (WSL2) to allow smoother access to distros.

WSL2 is scheduled to arrive with the full launch of Windows 10 20H1 (version 2004). It is now unclear when the next major update will arrive. Version 2004 is scheduled for a May launch but the ongoing COVID-19 pandemic could mean Microsoft postpones the release.

Last month, Microsoft postponed all optional Windows 10 updates. The company will continue to roll out patches and fixes through its Patch Tuesday cycle. What happens with Windows 10 version 2004 is unclear as it is not known if Microsoft files the build under optional or not. Considering users can defer Windows feature updates, it is optional and may be delayed.

Elsewhere in Preview build 19603, Microsoft released the Windows News Bar beta in full availability. I already discussed this in another post, but it means every Windows 10 users running version 17134.0 or newer.

According to Microsoft, News Bar acts as a notification taskbar for news items. You can see the latest news stories and get added information such as stocks. Users can customize the bar, such as being able to hide it behind other windows.