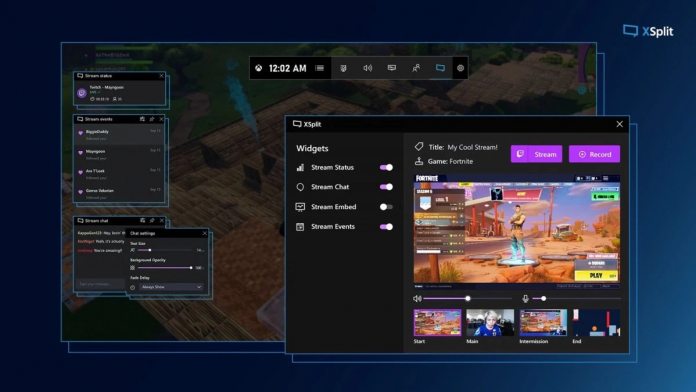 This week, Microsoft announced an important expansion of its Windows 10 Game Bar tool. The Xbox-powered dashboard for game improvements on Windows 10 is gaming a new Widget Store. As it says on the tin, the store will provide a venue where developers can offer third-party creations for the Game Bar.

For users, this will become a hub to locate and install widgets to make the Windows 10 Game Bar more useful. Expanded functionality is the focus of the Widget Store, according to an Xbox Wire post this week:

“We thought we’d bring your favorite apps to you right within the Xbox Game Bar where you can access them without ever leaving your game.”

To kick off the Widget Store, Microsoft has brough two features to Game Bar users. Firstly there’s XSplit Gamecaster, which allows users to chat, broadcast, and see stream analytics. Users can customize the tool to include the features they require most and pin them to the service.

Looking ahead, Microsoft says it will be adding Intel Graphics Command Center features to the Windows 10 Game Bar. The company did not say when this widget will arrive, other than providing a vague springtime release schedule.

Developers can leverage the Game Bar SDK (Beta), which is available from today. Interesting parties can start creating widgets and learn more here.