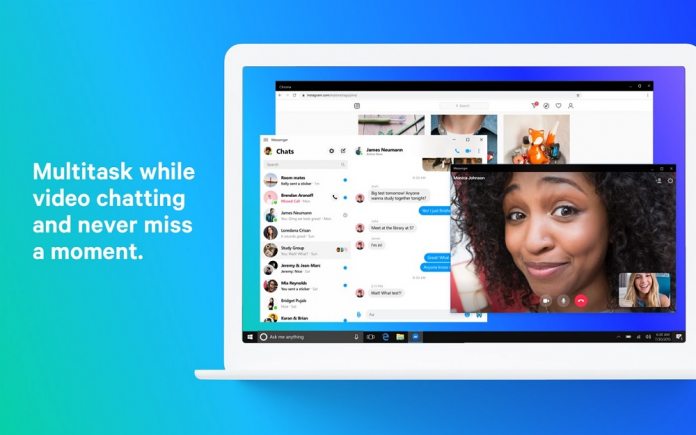 While COVID-19 has been devastating for many services and sectors, others have thrived. For service that rely on online connection, the pandemic has allowed them to grow. The obvious examples are Zoom, Microsoft Teams, and Slack. Facebook seems to have seen how those services have thrived and wants Facebook Messenger to have some of the success.

Specifically, Facebook has now launched a Messenger app for desktop that works as a video chat tool. The solution will give the hundreds of millions of people currently working from home another communication option.

Facebook says the standalone Messenger video services is available on Windows 10 and macOS. While the company is likely releasing the app now to make the most of the global lockdown, it is worth remembering the tool was already available on iOS and Android.

The Messenger video service was announced at Facebook’s F8 conference last year. Among the included features is unlimited group video calls. Elsewhere, the tool is largely the same as the video-calling feature on the regular Messenger app. It comes with multitasking, allowing you to do other tasks when talking, while Dark Mode is also available.

Users can get the new standalone Facebook Messenger app on the Microsoft Store for Windows 10 and the App Store on macOS.

Slack, Microsoft Teams, and Zoom have seen a surge in use over the last three weeks. This week, Slack said it has seen a 350% jump in the number of calls made and received during March.

Slack had a record 12.5 million concurrent users on its platform last week. Microsoft announced last week Teams has seen its daily active userbase double in the space of weeks, up to 44 million.

As for Zoom, it has seen its userbase skyrocket, but not without some problems along the way. The company’s success has seen its service become a major player in the market in the space of weeks.